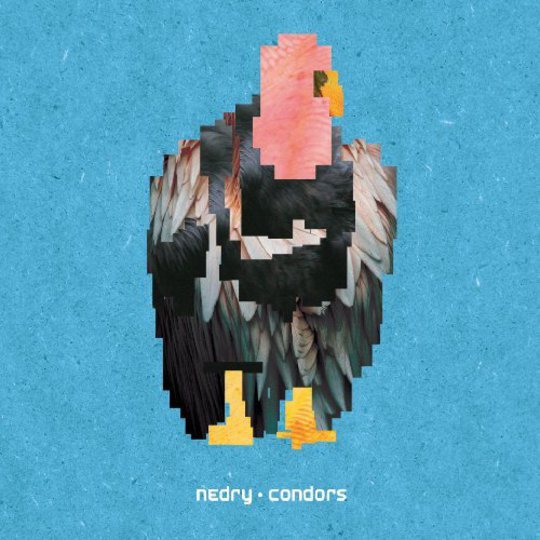 There seem to be two competing theories as to how Nedry got their name. The first, being put about by a certain national newspaper, is that it’s an anagram of ‘nerdy’; an easy assumption to make given that this London trio’s modus operandi is ostensibly the combination of dubstep and post-rock, two of the most anally-retentive genres extant. The second, which you only really decipher after the group’s mention of their shared love of Jurassic Park on their MySpace page, is that it’s an allusion to Dennis Nedry; the treacherous technician who disables the computers and sets the dinosaurs running amok in the Spielberg flick. Which also sort of makes sense – not just in reference to some of the tyrannosaurus basslines that send ripples throughout their debut album – but also because Nedry’s genetic engineering of these two strands of music hasn’t turned out quite how you might expect. For, from the petridish in which they’ve crossbred Skream with Sennen and a dash of Cocteau Twins emerges something that feels as much like trip-hop as some radical new hybrid.

Not that Condors is an evolutionary throwback by any means; even if the narcoleptic shuffle of ‘Swan Ocean’ sounds as if it could have been encased in amber in Bristol during the Nineties. The production of tracks like the opening ‘A42’ is as sleek as they come, with an enormous bassline slithering beneath a haze of synth perforated with computer glitches as singer Ayu Okaita rises into the ether. The instrumental ‘Scattered’, meanwhile, overcomes some initially cumbersome beats to end up like Battles collaborating with Squarepusher, whilst the closing ‘Where The Dead Birds Go’ suspends Okaita’s voice like a wordless incantation amidst an equally mantric pulse of throbbing fuzz and bleeps. It’s ‘Apples and Pears’ that really demonstrates the full-range of Nedry’s powers however, with the band constructing an edifice of deep subterranean booms and slowly bifurcating beats around a crystalline guitar line and Okaita’s vocals. One of the few vocalists you can genuinely justify comparing to Bjork, Okaita’s tones have both the same exquisite clarity and range, something most ably demonstrated when she changes from angelically peaceful into something more demonically possessed as the ambient swirl of ‘Four Layers Of Pink’ mutates into the industrial-edged rock of ‘Squid Cat Battle’.

However, although The XX are doing similar things sonically and Goldfrapp possesses a comparable icy cool, the other group Nedry most regularly bring to mind are Lamb. Often unfairly dismissed as a poor man’s Portishead – ‘Gorecki’ and ‘Gabriel’ alone being enough to lift them above most other trip-hop copyists – Lamb had Nedry’s similar obsession with guttural low-end frequencies and intricate rhythms, not to mention a singer of equal calibre in the form of Lou Rhodes. But for all its reach Rhodes’ voice never quite had the same emotional intensity as Beth Gibbons’ cracked laments and Lamb’s undeniably impressive production often seemed slightly too studied; it’s the same problem with Condors. You never really get the impression that Okaita has actually lived through any of the mysterious melancholy she seems to sing about herself, instead merely dressing her voice and lyrics in designer darkness; whilst the band’s interest in the music they’re experimenting with sometimes feels purely academic. Ultimately, brilliant though it often is, Condors is more like staring through the glass walls in a laboratory rather than peering deep into the windows of someone’s soul.