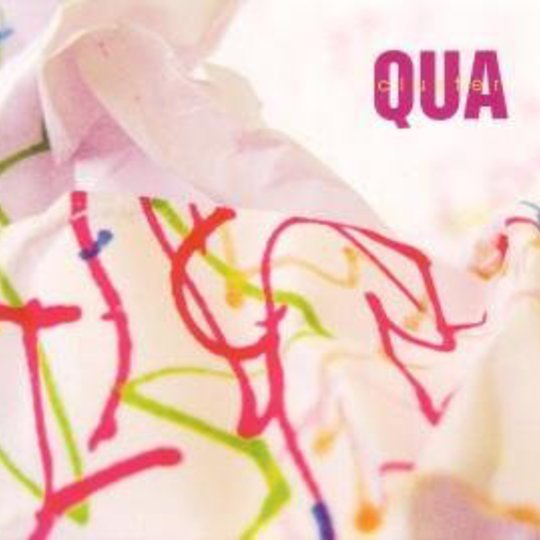 It’s unlikely any contemporary band would be able to navigate the same Byzantine career turns that Krautrock legends Hans-Joachim Roedelius and Dieter Moebius have mapped out over the years. This will be the sixth decade in which they’ve operated as Cluster, or Kluster, as they were originally known. They began with a record deal struck with a religious group who insisted some appropriate sermonizing was included on their recordings, to which Roedelius and Moebius respectfully agreed, then took in collaborations with Brian Eno, Holger Czukay and Michael Rother (in their Harmonia guise) along the way. The third part of the original Cluster triumvirate, Conny Plank, is sadly no longer with us, but the two core members have soldiered on to record Qua, their first album in over a decade, released in the year that the sprightly Roedelius will celebrate his 76th birthday.

Like most of Cluster’s prior output, this is music made within a loose framework, without a discernible beginning or end in sight. Instead, most of the tracks sound like they’ve been transmitted from the pit of a giant, empty, echoing hole, which has been stuffed with the dusty machinery that Roedelius and Moebius love to slave over. It’s a testament to their longevity, and to the evergreen nature of their older recordings, that signifiers of Cluster’s past gurgle to the surface all over the contemporary music scene. Who hasn’t listened to Black Dice or Tortoise or Mouse on Mars and detected fragments of Cluster II or Zuckerzeit in the mix? On Qua, it’s almost impossible to spot who’s influencing who, with Cluster stenciling out new patterns from a familiar blueprint, but also taking on board ideas from their most obvious descendants.

In fact, it often feels like Cluster are all-too aware of the breadth of influence they’ve cast over a small corner of the music world, and have produced a set of tracks designed to show these young whippersnappers how it’s really done. The mellifluous vibraphone samples of ‘So Ney’, for example, would fit snugly alongside lighter tracks like ‘Roll Up’ or ‘Drool’ from Black Dice’s Load Blown, especially when they’re matched by treated vocals loops that sound like they’re repeatedly being flushed down a toilet. Of course, there’s a circle of influence at work here, with Roedelius and Moebius feeding off work that was inspired by original ideas they toyed around with several decades ago, and adding playful new textures and tones to the base template as they go.

In keeping with this pattern, ‘Zircusile’ and ‘Formalt’ don’t sound vastly different to the various treatments meted out to Tortoise on their early remix collection, Rhythms, Resolutions & Clusters. On a similar note, ‘Na Ernel’ is driven by a steely robotic-electronic backing, which is reminiscent of both John Carpenter’s soundtrack work and an ultra-placid take on Giorgio Moroder’s mechanized disco. Naturally, both Carpenter and Moroder were likely to have been cognizant of the recordings made by Roedelius and Moebius back in the day. It often feels like these songs are pinging back and forth through various time zones, first heading to the original Cluster recordings for inspiration, then being fed through all the dissonance and clutter that was leached from the original works by other artists, ultimately ending up in the polygonal loops and shapes scattered across the grooves of Qua.

It’s an album of varying intonations and feelings — the joyous burbles and tweaks of ‘Albtrec Com’ are quickly followed by the downbeat lament of ‘Stenthin’, which is about as close as Roedelius and Moebius get to making their equipment sound like it’s crying. A clutch of tracks here barely make it over the one-minute mark, suggesting some of the recordings are shaved-down remnants of studio sessions that likely spiraled long into the night, with the two men of Cluster taking a brutal approach to the editing of their own work. At other times, the songs simply drift by, recalling the beautifully rapture-riddled electronics of past triumphs like ‘Fotschi Tong’ from Zuckerzeit. This is another bend in the road for Cluster, another set of songs knotted up in dead ends, another tiny coterie of bewildering puzzles. It’s also another chance to hear them never quite get to where they’re going to, and that still feels like the perfect space for them to operate in.