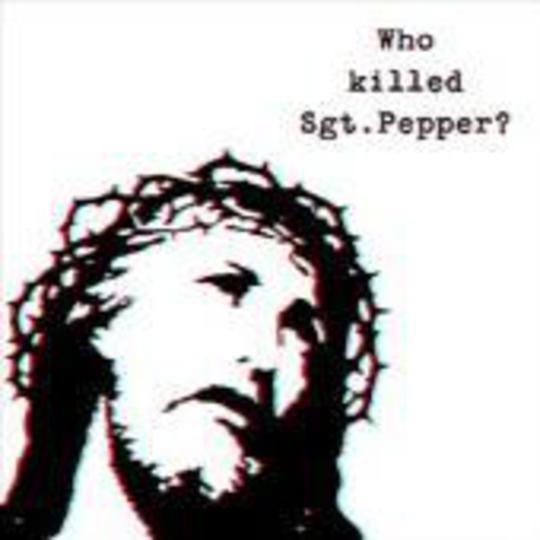 Despite having a ten album career spanning the best part of 20 years, it's kind of sad in a way that Anton Newcombe is most notorious for being the unstable subject of the 2004 rockumentary DiG!. Sad because along the way, he's been responsible for some of the most genuinely innovative music to come out of California since the Sixties. Indeed if there's one predictable outcome of yet another Brian Jonestown Massacre record, it's to expect the unexpected, and the delightfully titled Who Killed Sgt Pepper? certainly lives up to expectations, of sorts.

Now based in Iceland, Newcombe's psychedelic grounding seems to have taken on a whole new range of ideas and influences from his new found abode and its musically eclectic dwellers. Whereas many of his previous records have stuck rigidly to the repetitive neo-psychedelic drones first appropriated by Spacemen 3, mixed with a deft hint of shoegaze tinged overdubs, Who Killed Sgt Pepper favours a distinctly open-minded approach, indulging in Eastern-flavoured beats, incessant Krautrock loops and Scandinavian folk, among the subliminal West Coast rock'n'roll exertions Newcombe and long time accomplices Joel Gion, Rob Campanella and recently returned guitarist Matt Hollywood bring to the party.

Sure, Who Killed Sgt Pepper can in no way be described as the definitive Brian Jonestown Massacre record in any way shape or form (pretty much like all of its predecessors in fact), but for all its flaws, this actually feels like the most structured set of recordings Newcombe has been involved with in many a year. As with the last BJM record, 2008's My Bloody Underground, former Spacemen 3 guitarist Will Carruthers makes a welcome return alongside Icelandic singer Unnur Andrea Einarsdottir. But whereas that album sounded as if it was recorded under a glacier somewhere between the North Pole and Hades, this ticks most of the right boxes across its 13 occasionally linked but largely unconventional pieces. Granted, there are one or two clumsy asides here. There's the abominable 'Let's Go Fucking Mental' - yes, it really is THAT football chant set to a seemingly innocuous trip hop backbeat, and would probably have been best left in the cutting room for posterity rather than included here. Likewise the excellently titled but poorly executed 'This Is The One Thing We Did Not Want To Have Happen', which steals quite churlishly rather than pay any homage from Joy Division's 'She's Lost Control', even down to the crashing snares, and ultimately fails to claim any kind of identity as a result.

However, negatives aside, Who Killed Sgt Pepper is a largely impressive body of work that achieves the unthinkable in becoming Anton Newcombe and The Brian Jonestown Massacre's first full-on excursion into dancefloor territory. The Bhangra infused instrumental 'Tempo 116.7' and orgasmic Screamadelica-inspired 'This Is The First Of Your Last Warming', where Einarsdottir's traditional vocal musings make a plausible claim to be Iceland's answer to Denise Johnston, both make a refreshing change from their usual walls of noise. The beat-heavy 'Detka! Detka! Detka!' and transient loops of 'Someplace Else Unknown' impinge upon krautrock's genial boundaries. That's not to say Who Killed Sgt Pepper is without familiar overtones. 'The One' is close both in structure and delivery to My Bloody Underground standout 'Golden-Frost', while upbeat rocker 'Tunger Hnifur' provides four minutes of solace for those craving an 'Evergreen' or 'Anemone' from days of yore, albeit in a more lo-fi guise. Add the lolloping 'Superfucked', already previewed earlier this year on Third Wave Collective compilation Strung Out and the New Order-like strains of 'Feel It' and you've a record that bewilders and confounds at its best.

Of course there will be those who'll look at the sleeve, read the controversial title and dismiss the record on the assumption that Anton Newcombe has lost his marbles again. However, venture beyond Who Killed Sgt Pepper's disparaging parameters and there's several exquisite gems to be discovered here, something I dare say no one could have expected to hear about a Brian Jonestown Massacre record in 2010...?