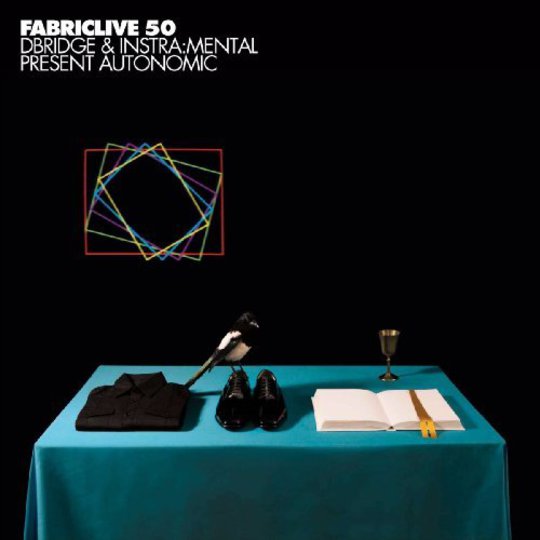 Ripping away overt ties to the kind of overcompressed, dancefloor-driven noize driving drum‘n’bass into the ground, shapeshifting duo Instra:mental managed to craft one of the unlikely songs of last year in ‘Watching You’. After the dystopian alienation of previous release ‘No Future’ its ripples of analogue loveliness hit like a ton of pop bricks. The only anchors holding it fast to its makers’ parent genre were its tempo – a swift 170bpm, though you’d never guess it from a hasty listen – and a deliciously brisk mid-bar breakbeat. Happily, they’ve seen fit to include it in their Fabriclive mix, subtitled after the podcasts that have helped to make their name and likely to further cement their reputation as restless innovators.

The moment Autonomic drifts hazily from the speakers, the first thing you become aware of is just how immaculately programmed it is. Such is the careful dedication with which this mix has been put together that it’s nigh on impossible to pick apart consecutive tracks. In fact at times it’s almost possible to detect the ghostly remnants of a tune that went by three or four tracks hence – the melancholy strains of Loxy & Genotype’s ‘Farah’s Theme’ weaving into the backdrop of D-Bridge’s stunning remix of Scuba’s ‘Tense’, or the tightly interlocked trio of Instra:mental tracks that form an early highlight. Its impressive 31 track length doesn’t allow much time for any individual to take centre stage: Autonomic flows like a night out, a series of short, interconnected but often ambiguous vignettes that together constitute a formidable whole.

The only real snag in this stream of consciousness arrives in the form of a diva vocal from Meleka. Within its surrounds her emotive posturing feels a little too obvious, a too-many-cooks attempt to inject further personality where no extra is needed. The real joy of the music Instra:mental, D-Bridge and their associates make is its ability to wring maximum humanity from so few and such alien elements. Often, as on ASC’s stripped-to-the-core ‘Phobos’, tracks consist of little other than dry percussion, bass and a single layer of synth. Yet it lives and breathes in a way that’s tough to pin down. The same is true of the shimmering melody and conga rolls of Pearson Sound’s deceptively simple ‘Down With You’. You could almost call it minimalism, if it didn’t sound so damn expansive.

The second thing you notice about Autonomic is that, surprisingly for the typically rowdy Fabriclive series, this isn’t really a dancefloor record. In fact, for most of its length it’s the opposite. The intricately layered track segues and careful sequencing make it far more of a manifesto, an open showcase from the Autonomic crew. Its slow development and stubborn refusal to build up any sort of consistent momentum until at least two-thirds of the way through ratchet the tension to almost unbearable levels. By the time Consequence’s remix of ‘No Future’ begins to focus and accelerate, the rush of pent-up energy that dissipates across the album’s final 20 minutes is glorious release.

The earliest dubstep stripped away UK garage’s champagne‘n’cocaine excesses, leaving little other than space – space now gradually being filled again by a generation of producers drawing on three decades’ worth of dance music history. dBridge, Instra:mental and their ilk are doing much the same for drum‘n’bass but with an extra ten year’s worth of hindsight, dragging in dubstep’s urban discontent, linking the grace and poise of classic Detroit techno with jungle’s voyeuristic eye for sci-fi futurism. At this point, it might be appropriate to ask whether what remains is even drum‘n’bass any more – but perhaps the most pertinent question would be ‘does it even matter?’