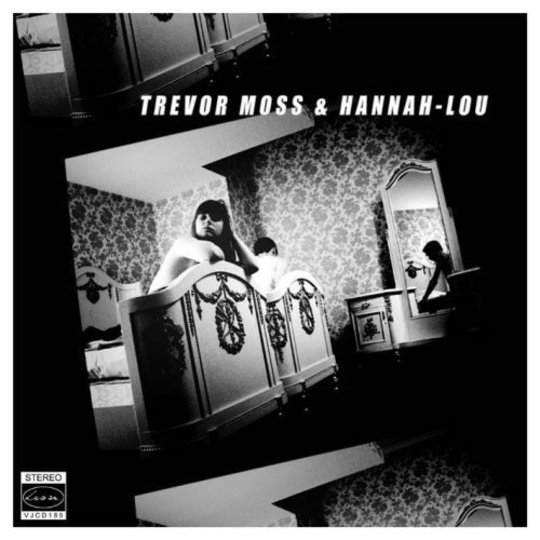 Not many albums start with a track about gardening, but ‘The Allotment Song’ is an eloquent opening to Trevor Moss & Hannah Lou’s first record. It is a ballad that follows a green-fingered gent through his day: sowing seeds, trapping rabbits and sipping from his midday cup of tea. So even though the chord pattern sounds pinched from The Lemonheads’ ‘The Outdoor Type’ – while the delicate hum of the harmonica is borrowed from Bob Dylan – Moss and Lou’s songs remain rooted in England.

“I dived into an ale house for peas, mash and pie/where I spied a pop star sat right by the door” sing the husband and wife duo on ‘One Wednesday In June’. It oozes nostalgia. But this is no tribute to any outmoded concept of Britannia, nor is it the imaginings of a mythical Albion. There are peddlers selling parsnips, fishermen dragging their haul to the shore. It’s all very sweet, as the two singers’ voices melt into one another and humble open chords are strung together like they were in generations long passed. There is no denying that this conjures vivid images of an idealised culture, but their familiarity is not derived from their resonance with reality. It’s like that period in 20th century history when you could walk the streets at night and go out without locking your door – did it ever really exist? You’d struggle to find the England that Moss and Lou describe in 2010.

By the time they are singing about “precious green fields”, “the sun on our faces and the mist rolling in from the hills” on ‘England’, the bluesy feel and maudlin tempo suggests at least an acceptance that the country they seem to have such a profound connection with is not precisely where they live.

Moss and Lou are far stronger when they are less focussed on the world around them and pluck narratives from the people that inhabit it. The achingly gloomy arpeggios that steer ‘Ruth Drink My Whisky’ are only made more harrowing by Hannah Lou’s weightless, woeful delivery. ‘Sally Took The Ivory’ is equally effective, as it takes the pair out of their Guthrie/Dylan infused comfort zone. The guitar lurks ceaselessly up and down its scale, to bring a weird fury out of Lou’s understated harmony.

‘Some Dreaming To Do’ comes at the end of the album like a new beginning. The rattling percussion adds warmth to the jangling guitars and Trevor Moss’ strained vocals, which at other points in the album can sound dull. ‘Standing Down’ for instance, hovers unimaginatively over the same few frets as Moss’ nasal tones deter any closer listening.

Like many (most, probably) folk acts then, Trevor Moss & Hannah Lou are at their most appealing when they shrug off all the clichés of a genre that, through its age, is full of them. They sound most at ease when they are being honest about their own lives and the lives of those around them. Abstract cultural conceptions are too simplistic to have any consistency with the reality of modernity, which is why Moss and Lou falter when they indulge in them. They do show however, that when they look at England through the eyes of a realist, they have a lot more to say.