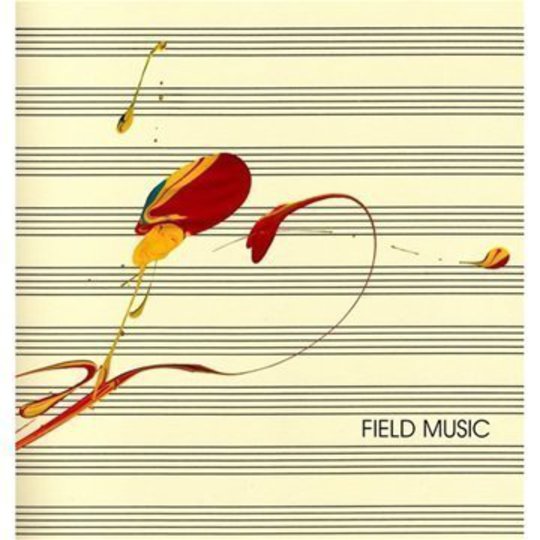 Let’s quickly recap. Field Music released their debut album in 2005, a compilation of earlier songs and B-sides in 2006, and then declared a hiatus following the release of their second proper full length in 2007. Co-frontmen Peter and David Brewis each released an album with their own projects in 2008 and met touring commitments for the support of those projects, then reconvened last year to write and record their newest album, Field Music (Measure). So where exactly was the hiatus?

Now most bands would think three years a perfectly reasonable length of time between albums, but for the really-quite-prolific-when-you-add-it-up Brewises (now lacking piano player Andrew Moore), such a lapse required that they ante with a 20 track double album. For something so sprawling, Field Music (Measure) is impressively cohesive, particularly when considering the styles of the two brothers are more distinctive than ever. Or at least David’s guitars mostly have a certain distortion to them, while Peter seems to be the one to integrate baroque string arrangements, such as on the album's sort-of title track.

With the departure of Moore, there is less piano on the album, and more straight guitar/drum/bass tracks. For the most part, (Measure) is still as complex as its predecessor, but the flourishes and tweaks that stood out on Tones of Town sit lower in the mix, and will likely be missed if you’re listening on your stereo or computer instead of with headphones. But a song like ‘Effortlessly’ is a single-ready slice of pop perfection that doesn’t suffer for a listener’s ability to identify all of its instruments. And the Brewis brothers have maintained their penchant for quirky if abrupt time signature changes and command of rich vocal harmonies - it's not like Field Music have devolved into a boring guitar pop band. There’s a lot going on, it just isn’t all happening at once.

What is definitely going on is a glaring late Seventies rock influence. It is most apparent on the funky ‘Let’s Write A Book,’ but can be heard throughout the riffs of the guitar-heavy songs. The whorl of ‘Clear Water’ could easily be called something nasty like prog if it weren’t a trim three minutes long. But it’s a simplification to cite that sole element; if things seem a little heavy on the rocking on the first disc, they are balanced nicely by the subdued piano drama of ‘Curves Of The Needle’ and ‘Precious Plans’ on the second disc.

(Measure) could have easily been pared down to ten or twelve tracks and would have been a mind-blowing record with a few songs left over for an EP worth seeking out. As it is, it is an uncommonly good double album. At an hour and ten minutes, it isn’t the distended, filler-bloated ramble typically associated with such large-scale projects. The exception is the final track, ‘It’s About Time,’ which is less filler than a song with filler. While beginning life with a sparse but vibrant string arrangement in conflict with a jaunty piano rhythm, it fades into eight minutes of violin taunts, bird calls, and field recordings. Edited down, it would have made for a lovely if brief outro for the album. Instead it infuriates because of what it was, and what it could be. Really, it’s a card well-played; at the end of 20 tracks, they actually have you wanting more.