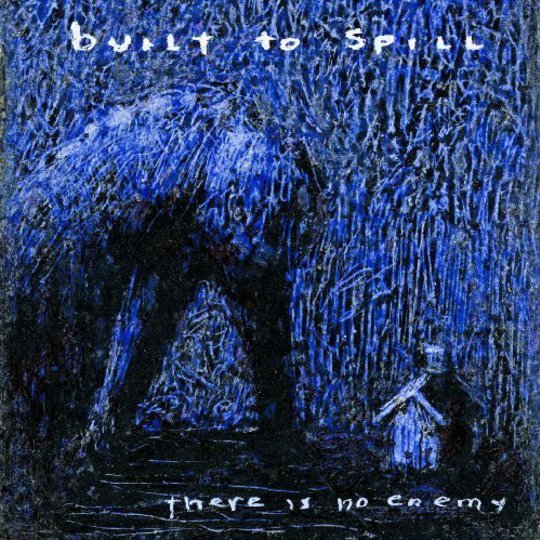 Built to Spill diehards, you’ve already got this album so read no further. But for those of us who dug Perfect from Now On and Keep It Like a Secret and then completely forgot about Built to Spill, this belated UK release of There Is No Enemy comes as a perfect reminder of this crudely underrated band.

Bringing people up to speed, Built to Spill have been something of a downer in recent years. It seemed like Doug Martsch had lost it, out of the window went the engaging, rueful songs, in came directionless spontaneity and experimentation. On top of a series of mediocre releases it must’ve also been frustrating for Martsch and co to witness the plaudits (and wonga) that came the way of the numerous bands Built to Spill had influenced, the relatively fresh faces of American Indie such as Modest Mouse and Death Cab For Cutie who expanded upon the band’s plaintive songwriting blueprint.

‘Aisle 13’ immediately takes us back to the glory years, the nervy guitars, and Martsch’s little boy lost vocals combining with the steady glint of red rising passion springing from a bunch of middle aged blokes who in recent times seemed to be light of heart. On ‘Hindsight’ it even appears that Built to Spill are making some kind of acknowledgement that maybe at the crossroads they took the wrong turn, the mournful tone is abundant, and in many ways heart wrenching.

Drifting across the highway like a disintegrating camper van being driven by a man on the verge of sleep; at certain points the album veers close to the kerb, before jerking back on the straight and narrow. ‘Pat’ feeds from the foam coffee cup sitting on the dashboard - a short burst of power, with guitars screeching. It’s very much early REM meets the kind of rabble rousing rock that came out of Minneapolis in the early Eighties from the mouths of Paul Westerberg and Bob Mould. Again, another nod to the past; Built to Spill have revisited the bands that inspired them to throw their hat in with the other dreamers, poets and artists who decide to raise their patchwork flags in the hostile winds of the public domain.

Bittersweet slow burners such as ‘Life’s A Dream’ and ‘Done’ are goldmines of understated sonic textures; there’s about a minute and a half in the final third of the latter track where electronic NASA noises blur into Country twang. It really is utterly sublime. On ‘Life’s A Dream’ Martsch utters “finally decided / and by decide I mean accept / I don’t need all those / other chances I won’t get”. Wow: how did a man who in the past has admitted he places little importance on lyrical meaning come up with something like that?

There is something exorbitantly satisfying about enjoying what you might deem to be a comeback album, especially when it arrives from an established band that many - including myself - thought were out of fresh ideas. I felt similarly about Sonic Youth’s The Eternal: the jams that became aimless and masturbatory are now wondrous and evocative. Doug Martsch the creative force behind the band has become revitalized, his voice humbler and world weary. Nowhere better is this illustrated then on the closing track ‘Tomorrow’. It's a song that underlines newfound optimism and the idea that there will always be another day round the corner where you can let your sails catch that second wind.