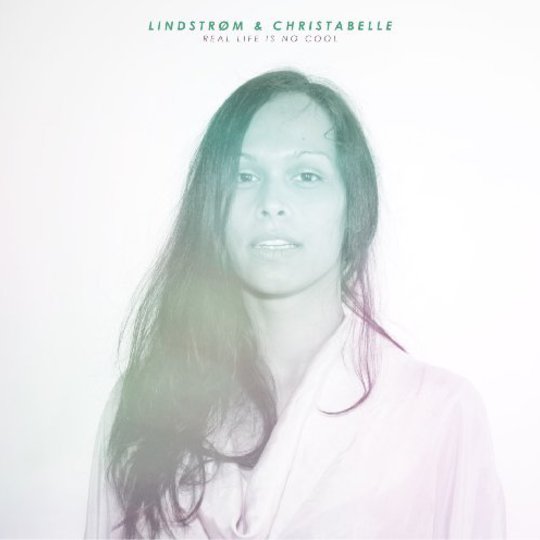 Hans-Peter Lindstrøm, who we can henceforth refer to by his surname, is one of the most universally fêted dance producers operating out there. Why, this very reviewer stopped just short of calling him a genius in a DiS review last year. Chances are you won’t see many negative reviews of Real Life Is No Cool, the first album collaboration (they issued a couple of 12-inches some years back) between Lindstrøm and vocalist Christabelle, both resident in Norway. The only thing likely to generate dissent is the potentially stultifying consensus – like Merriweather Post Pavilion in 2009, anyone not feeling this has to live with it almost all year – but in the here and now, I feel like I’m on the side of truth, brother.

This is a terrific album that’s as much of an experiment, on its own terms, as Lindstrøm’s slavered-over 2008 opus Where You Go I Go Too, which saw him toy with epic, proggy Seventies synth stylings. Yet it’s aspirational soul-pop, art-tart disco and early-Eighties boogie that’s being given the runout here. It starts with almost a minute of Christabelle’s back-masked vocals, to no discernable purpose except – perhaps – to start the listener off on a foot of unease, and to remind them that Lindstrøm is not making this sleek pop music out of some murky commercial obligation, he’s doing it because he wants to. (Whether this is a necessary qualification to have to make to his audience is a moot point.) Once ‘Looking For What’ begins in earnest, it captivates: both this opening track and ‘Lovesick’, which follows it, ride atop syrup-paced, barbiturated basslines that you might have expected to find on a Ze Records disc from 30 years or so ago.

Both of the aforementioned tracks see Christabelle’s vocals affecting the semi-dazed, accented insouciance of Lizzy Mercier Descloux or Miss Kittin, to give two Gallic examples, and while she’s a treat to listen to, she is also the main factor keeping a proportion of Real Life Is No Cool from being an actively commercial release. When Lindstrøm sews together a tune with a similar level of tangled bedheadedness, the results are delightful, if destined to never be heard outside of the album; ‘High & Low’, which closes the record, has a keyboard part that sounds a bit like the end of the Eastenders theme, synth squeal that sounds like it’s being played by a man in a white suit jacket, and Christabelle sounding like she’s talking in her sleep.

Which is where ‘Baby Can’t Stop’ comes in. Real Life’s lead-off single, you may have heard this already, but perhaps not from the scaffolders’ radio and Red Bull-spattered student disco speakers its ineffable class deserves (however paradoxically). You may have also heard anyone with an opinion on it noting how much it sounds like an early-Eighties Michael Jackson song. This is something with so many factors backing it up (Christabelle’s clipped vocals, delivered with far more clarity and less sleepiness than other album tracks; the guest brass section; the Chic-y postfunkpostdisco sense of lavish rhythm) it would be remiss to do much more than nod in agreement. It does prove, however, that Lindstrøm can write an honest and actual pop song with not a hint of smirk, snark or self-sabotage.

Further adventures on the simple-pleasure dancefloor result in small victories. ‘Let It Happen’ is a Vangelis cover, which throws up a number of caveats. The Vangelis that people think of most prominently, he of the driven synth bombast and Chariots Of Fire soundtracking, is not a million miles away from the Lindstrom of Where You Go I Go Too. Yet this is a Vangelis tune from 1973, replete with Fleetwood Mac-y homme/femme vocals; these are maintained by Lindstrøm and Christabelle, while tune-wise it’s more nakedly indebted to Eighties house (Frankie Knuckles or Joe Smooth, say) than anything Lindstrøm has previously chanced his arm with. That’s a lot of curveballs for just over four minutes of joy.

The backwards kerfuffling is brought back for ‘Never Say Never’, the album’s only skippable cut, although that isn’t to say that it would be a perfect album without it. For a project which claims to celebrate some of the most out-facing and life-celebrating music made in its protagonists’ lifetimes – Zapp, Grace Jones, space disco in general – it does gaze into its navel a little too often, although not with disagreeable results (cf. ‘High & Low’). It’s hard to help yourself wondering (a) what an entire album of tracks assembled with ‘Baby Can’t Stop’’s pop purism would be like; and (b) what Lindstrøm might have done with a different vocalist, especially one with more straight-up soul belter pipes. (This is skating around the fact that Christabelle had ample songwriting input into these ten tracks, before anyone points that out.) That didn’t happen, though, and we have instead been blessed with an embraceable record from a contemporary dance music auteur and a partner who proves a skilful wingwoman.