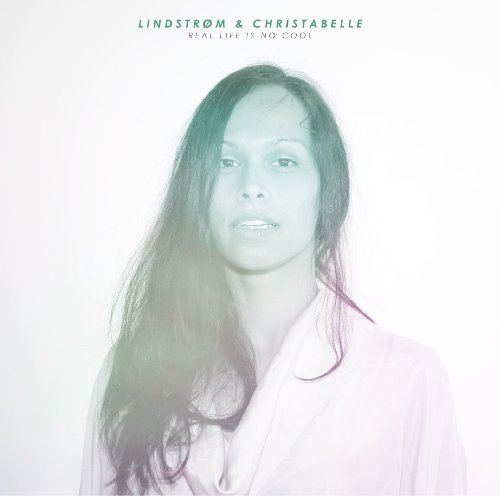 Lindstrøm and Christabelle - Real Life is No Cool

Hans-Peter Lindstrøm, who we can henceforth refer to by his surname, is one of the most universally fêted dance producers operating out there. Why, this very reviewer stopped just short of calling him a genius [in a DiS review last year] (http://drownedinsound.com/releases/14642/reviews/4137969). Chances are you won’t see many negative reviews of Real Life Is No Cool, the first album collaboration (they issued a couple of 12-inches some years back) between Lindstrøm and vocalist Christabelle, both resident in Norway. The only thing likely to generate dissent is the potentially stultifying consensus – like Merriweather Post Pavilion in 2009, anyone not feeling this has to live with it almost all year – but in the here and now, I feel like I’m on the side of truth, brother.»

triple cd version exclusive to rough trade. our exclusive bonus cd features a 40 minute take of christmas standard 'little drummer boy' which has to be heard to be believed. the other extra cd features 6 remixes from aeroplane, prins thomas, idjut boys, sally shapiro, dolle jolle and fan death. after the release of lindstrom's critically acclaimed solo album 'where you go i go too', in 2008 and 2009's collaborative album with prins thomas, 'ii', norway's maestro of disco returns once again, this time teaming up with sultry vocalist christabelle, to bring us 'real life is no cool'. an edgy pop album full of hypnotic beats, swirling electronics and the vibrant, off the cuff vocal performances of christabell (much of which were improvised and later edited by lindstrom), giving off the distinct air of structured chaos that lindstrom describes surrounded the making of the album.
description from www.roughtrade.com