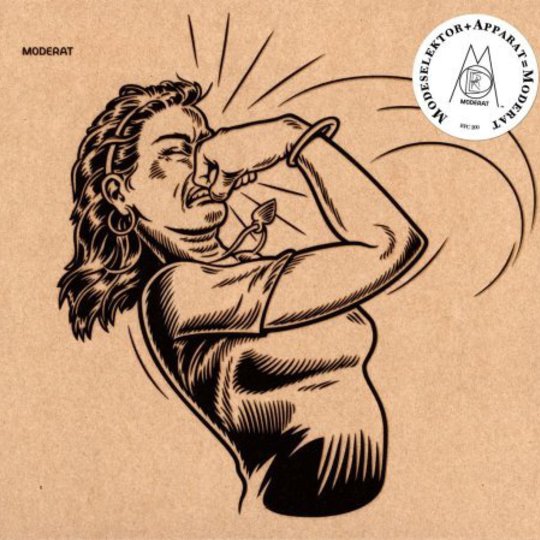 With the exception of football and managing a national economy, Germans doing things better than the Brits is something we’ve largely learned to handle these days. But the fact that they could do something not only better, but with more humour as well, still runs contrary to all our stereotypes of a hyper-efficient but dour Deutschland. Which is what makes Modeselektor such an oddity to some, since here are two Berliners who take some of the best things about British music – the love of gut-rumbling bass, the smash and grab raid of influences and even Thom Yorke – and paste them together with a sense of both adventure and the ridiculous. The hedonistic fun the collage of dubstep, glitch and dancehall on 2007’s second album, Happy Birthday!, exuded was far removed from not just the clinical sterility you might assume from an act signed to Teutonic techno stable BPitch Control, but also from the self-consciously ‘dark’ attitude of the British dubstep crowd, from whom they’d purloined some of their ideas. Meanwhile this year’s Body Language 8 mix strung together Felix Da Housecat, Animal Collective, Benga and Missy Elliot with eyes firmly on the dancefloor and tongues seemingly in cheek. And Modeselektor’s live show has no pretence to be anything other than a pure party, with the pair regularly abandoning their laptops to shower the crowd with champagne in a manner you can’t quite imagine Kieran Hebden doing.

But now the duo of Gernot Bronsert and Sebastian Szary have pulled off something possibly even more unexpected than proving that you can do dubstep or Autechre-style IDM with a grin. No. they've teamed up with Sascha Ring aka Apparat, a man who has also, alongside Ulrich Schnauss, demonstrated that Germans can improve a British musical invention, with the shoegazing ambient of 2007’s Walls album. The trio originally hooked up seven years ago for a series of sessions which resulted in both the first Moderat EP Auf Kosten Der Gesundheit followed by a supposed breakdown of communication between the two camps. Issues were apparently ironed out by the time they ventured into the same Berlin studio where Bowie recorded "Heroes" to make a full-length album. The prospect of Modeselektor’s subsonic bump and grime coupled with Apparat’s dreamy electronics is an intriguing one and seems to offer two possible courses of action. Would you have one pulling against the other, with Modeselektor piling on the bass pressure whilst Apparat went ever deeper into electronica’s ether? Or would they go for compromise over contrast, turning away from the extremities of their separate styles to meet somewhere in the middle?

Well, the answer is the latter, which certainly makes Moderat a more coherent listen but also makes it feel like a slightly missed opportunity. And what’s certainly missed here is the aforementioned sense of humour. Not that anyone really expected or wanted a laugh a minute, but whilst these 13 tracks are certainly eclectic in style, the atmosphere throughout, with the exception of the bubbling melodic analogue chug of opener ‘A New Error’, is almost uniformly bleak. ‘Rusty Nails’ begins with scuttling beats before Ring makes his first appearance as vocalist, singing about "the strain inside" like a lip-trembling Dave Gahan. It’s a role he reprises on the closing ‘Out Of Sight’, another song as equally finely produced in feel and equally as melancholy in mood. In between we have the ticking-clock electronic tension of ‘Seamonkey’ and the guitar crescendo of ‘Porc#1’ which sounds not a little like they’ve got Spacemen 3 trapped in their circuitboards. Elsewhere, Paul St. Hilaire intones Rastafari wisdom amidst the deep dancehall beats and pea-souper beats on ‘Slow Match’, a close cousin of The Bug and Roger Robinson’s new King Midas Sound project, whilst ‘Sick With It’ features Eased of fellow Germans Seeed yelping over a gelid acid line and crashing drums. Studied up close each track is excellent, with Modeselektor’s rougher sounds and Apparat’s smoother strands interweaving into textures which often make them feel like fondling chunks of concrete in silk gloves. But, just like concrete, when you stand back and consider ‘Moderat’ as a whole it can all seem a bit claustrophobic, especially without Modeselektor’s usual mischievous streak to lighten the shade.