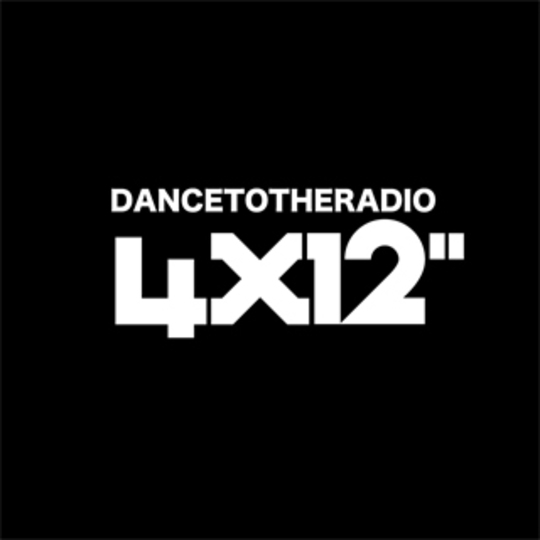 As a leading light of the UK independent scene, Leeds’ Dance To The Radio has established itself as one of this nation’s finest record labels, with a tendency to spot new talent while many of their peers are still chasing the previous year’s media-hyped scene.

Aside from the bigger names like ¡Forward, Russia!, Grammatics, Sky Larkin et al, the label isn't averse to unleashing the odd compilation here and there, showcasing unsigned up and coming talent. This current series of four-track twelve-inch singles is no different.

Highlighting four brand new artists, 4 x 12” Volume 3 is, as its title suggests, the third one in the series, following on from predecessors which showcased the likes of Pulled Apart By Horses, Holy State and Bear Hands. Those same high standards are maintained here from start to finish.

Local thrashers Chickenhawk drag side one of 4 x 12”... kicking and screaming to life with their monstrous opener ‘Scorpieau’. Echoes of Kong and Future Of The Left spring to mind, although Paul Astick’s distinctive vocal sets the Leeds foursome apart, which surely bodes well for the future. Better still are Brighton’s Esben And The Witch, who - despite still being in their infancy in terms of live shows and releases - stand head and shoulders above the rest of the pack here. While much of the focus is undoubtedly placed on Rachel Davies’ haunting voice, which places her somewhere between Siouxsie around the time of her early 1980s gothic phase and Liz Fraser, ‘Skeleton Swoon’ is greatly enhanced by the dark atmospherics that all three members of the band bring to the table.

Bringing up the rear, but by means cannon fodder are Manchester’s Airship and Leeds’ Olfar, both of whom contribute pleasant, guitar orientated pop of the jangly variety. Whilst not quite matching the more audacious merits of the flipside, they add a tight and cosy warmth to proceedings.

Another mouth-watering prospect from Dance To The Radio's seemingly endless box of tricks.