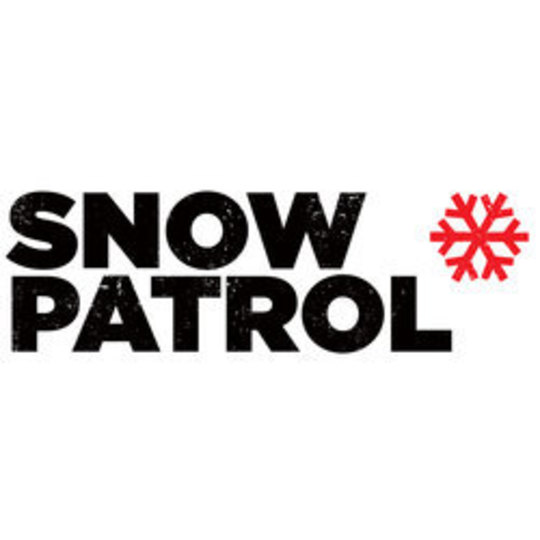 One of the biggest reasons bands like The Strokes took off so quickly was that back in 2001 they were seen as a sort of Superhero of Cool, sweeping the country away from the boring Villain of MOR, typified by the likes of Travis, Turin Breaks and Coldplay. As the decade has progressed, however, the acoustic wet blanket sounds of Middle England have risen again to the point we routinely have to tolerate The Script and Scouting For Girls on radio, TV and magazines. For many Snow Patrol represent all that is horrible about this music with their emotive anthems and stadium shows full of £50 Tesco man and his “I like a bit of everything” girlfriend. Unlike many of their peers, however, Snow Patrol have a blood line of independent labels, toilet venue tours and uber-indie side projects.

You don’t need me to tell you that the band used to be signed to an independent label and that 2003’s Final Straw was not their first album. However it is worth mentioning again purely to illustrate how much things have changed. Forming in 1994 at University in Dundee, the group eventually signed with Jeepster who decided to use the same blue print that had achieved them success with Belle and Sebastian and allow Snow Patrol to grow organically, picking up word of mouth buzz as they went. Two albums later and things were not good. The band had to muster up £200 to get their name in the hat for a Mercury prize nomination, Lightbody had to sell his record collection and the ‘final straw’ (arf) came when Snow Patrol played a gig to 18 people in a strip club where the owners had to remove the dancers' poles before they could perform.

Listening to Up to Now, it is genuinely baffling how the band struggled so much. For all the talk of illegal downloading and the rise of the internet stifling new bands, you simply can’t imagine a band as good (subjective term but I mean competent, catchy straight forward songs) being that unsuccessful in 2009. From ‘Batten Down The Hatch’ to ‘Ask Me How I Am’, the older material on Up to Now is a delicate blend of bedroom introspection and melancholic harmony that bloggers and file sharers would adopt a la Frightened Rabbit or The Twilight Sad, were they new and online tomorrow. They might be more bombastic nowadays and write songs for stadiums but the DNA of Snow Patrol’s songs hasn’t changed much along the way. You can clearly hear the embryonic stages of epic TV ballads like ‘Run’ and ‘Chasing Cars’ in the stone cold classic ‘An Olive Grove Facing The Sea’. A bonafide tear jerker, the song should be played to anyone who says Snow Patrol are not a good band. It is also the most beautiful song ever to feature on the same album as a Zane Lowe rap.

For that is the problem with Up to Now. For every good song from the group's career (particular favourites include ‘Chocolate’ and DiS’s own Martha Wainwright duetting on ‘Set Fire To The Third Bar) you get interrupted by a latter day bum waggling “Come get us Radio 2” tune like ‘You’re All I Have’ or ‘Take Back The City’. Reading the Snow Patrol story, there is clearly a determination and drive for success looming large in Gary Lightbody’s psyche and he has the blueprint of a hit single down to a cynical tee. From ‘Hands Open’ to ‘Signal Fire’, so much of Snow Patrol’s back catalogue comes across as by-numbers posturing that the sudden inclusion of The Reindeer Section (Lightbody’s side project with various Scottish musicians) with the glorious ‘You’re My Joy’ throws the flow of the album completely off kilter. It’s ironic that some of the people listening to this greatest hits’ will be skipping the tracks the majority will buy it for. As for the Zane Lowe rap... at 30 tracks long this collection is far too long, and let’s just say that a Radio 1 live session cover of Beyonce’s ‘Crazy In Love’ with ‘Zipper’ taking up Jay-Z’s role is the tip of the superfluous iceberg.

Ultimately what it boils down to is this. A struggling band wanted to be rich and successful- who can blame them? They went out and did it and did it well (‘Eyes Open’ sold 1.6 million in 2006) and put a few noses out of joint along the way, so what? By their own admission this was never a band who were in any way successful- they didn’t have a fan base to treat badly. As Gary Lightbody sits in his ‘Chasing Cars’ mansion with his ‘Run’ model girlfriend, he must thank his Grey’s Anatomy lucky stars and there isn’t a single person reading this that wouldn’t have done the exact same thing given the chance and the circumstances. Hate them all you like, but Snow Patrol have some great songs and enough money now to forget all about the tripe they’re currently peddling at their massive group of new fans. Hey, they could be worse - they could be Keane.