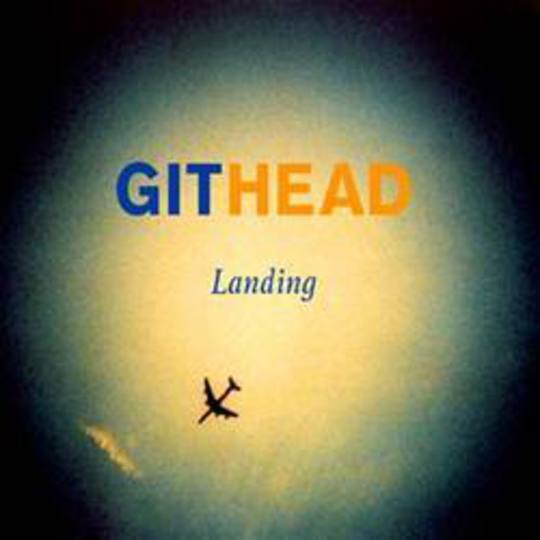 What was immediately noticeable about Githead when they played their first live shows in mid-2004 was how appealingly if appallingly amateurish they were. The assembled onstage talent included Colin Newman, who had already led art-punk heroes Wire for over a quarter of a century, and Robin Rimbaud, who had spent a couple of decades carving himself a fair reputation in intellectual electronica circles, mostly as Scanner. There were also two members of respected, and equally experienced, Israeli art-rockers Minimal Contact, in the form of drummer Max Franken and bassist/vocalist Malka Spigel, who herself had previous duo experience with Newman over three records as Immersion and 18 years as wife. All this talent, yet barely were they able to carry a tune.

Githead was just a bit of fun you see: a party band assembled to play at a show celebrating the 10th anniversary of Newman and Spigel’s swim~ label, with a comically moronic name and clumsily assembled setlist. Then came the records: the Headgit EP in late 2004 was followed up with a full length debut, Profile, the next year and another LP, Art Pop, in 2007. Githead wasn’t a joke anymore. In the studio they found their feet and with each release came a sleeker, more refined sound.

That they sounded not unlike a certain side of Wire was always clear, and this was never just because Newman's voice, as in Wire, is the predominant one. As acknowledged by the title of their sophomore album, the side of Wire they represented was the honed perfection of 'Map Ref 41°N 93°W' rather than the violent punches of '12XU' or 'In The Art Of Stopping'. Githead's finely crafted songs seemed to offer Newman an outlet for the 'pop' side of his nature while the increasingly brutal live incarnation of Wire, represented by their incredible 2003 work, Send, reverted to their 'punk' roots.

All of which brings us to 2009 and the arrival of Githead's third album, a year after Wire's eleventh. Landing builds on the template set out by Profile and Art Pop: shimmering layers of synthetic guitar, hypnotic basslines, motorik beats. It's like New Order slowed down or Joy Division sped up. The trouble is, it doesn't come a year after Send - it comes a year after Object 47. And Object 47 follows that same template. Live they may still be tearing apart their back catalogue with angry acridity, but on record Wire are back to being as predictably controlled as they were through most of the Eighties and Nineties. Githead's purpose as the outlet for Newman's more melodic moments has been usurped and there is no vacuum for Landing to fill.

So whilst there is nothing ostensibly wrong with the record, Landing, unlike its predecessors, feels like a side-project. The band set out their stall with 'Faster', the opening instrumental which sounds not unlike a Neu! offcut – a trip down the autobahn that never actually gets anywhere. 'Take Off' again builds gently frayed repetitions; 'Before Tomorrow' pulls the same trick, this time adding the guitar compression effect that dominated Send; 'Landing' does it again with a sickly feeling, managing to feel overlong even though it doesn't hit the four-minute mark. Spigel takes main vocal duties on 'Ride', which stands out for a certain noir flourish and genuine threat. 'Over The Limit' returns to the formula, though is probably the album's highlight by dint of one of Newman's always enjoyable declamatory vocal performances. From there we now what to expect – some tracks are faster, some a bit slower, all have a degree of technical perfection that can’t be faulted. The stylistic trick is a good one, no doubting that, but it's one Newman had perfected 30 years ago when he wrote 'The 15th'. Landing is a well-made bit of fun, but it’s no more than that.