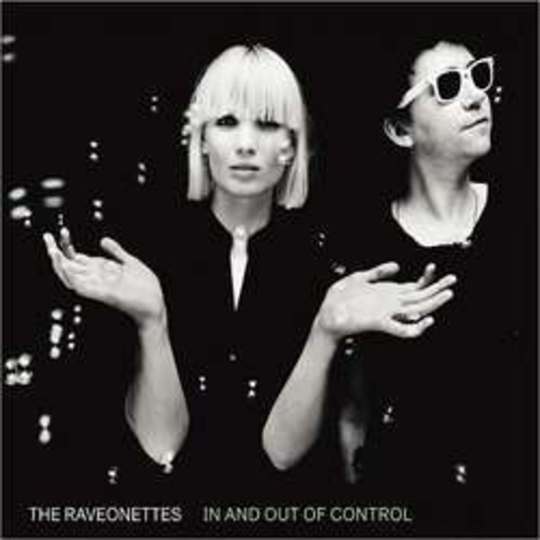 Whilst The Raveonettes may never have been fashionable enough or ran far enough ahead of the pack to be at the forefront of any particular movement, the musical climate has rarely been so favourably disposed towards their particular brand of noise-pop as it is now, in the wake of M83, Atlas Sound, Glasvegas, Crystal Stilts et al.

On a superficial level The Raveonettes' bittersweet allure has been obtained by filtering surf guitar motifs and doo-wop standard-bearers like the Ronettes through whatever electrical machination it was that gave The Jesus and Mary Chain their brittle searing edge. Which may sound like a simplistic idea on the face of it, but these two poles have provided the Danish duo of Sune Rose Wagner and Sharin Foo with four albums of distinctive, sometimes dark, frequently beautiful vignettes.

And though they've been hugely accessible and often great (their previous album, Lust Lust Lust, was outstanding and certainly worthy of consideration as one of 2007's best), In and Out of Control is the most immediate material The Raveonettes have released to date. The vast wash of reverb and static that typifies their sound is still there to a greater or lesser extent - particularly on 'Break Up Girls', which is the sole track that makes real concession to the side of their character that luxuriates in offensive noise - but in the main this veil has been drawn back somewhat, forcing the melodies and bones of the songs to the fore; they feel cleaner, happier, and carry less baggage to get in the way of the obvious pop sensibilities.

It is a quite subtle but very real change in focus. In tracks like 'Bang!', 'Suicide', 'D.R.U.G.S.' and 'Gone Forever' big choruses dominate and though dark and dangerous lyrical themes abound, the delivery of them is sweet, almost removed - even on the saccharine 'Boys Who Rape (Should All Be Destroyed)'. Similarly, 'Last Dance' sounds like a suicide at a prom, which is conveniently what it is about on the face of it...that or the last in a long line of overdoses, which amounts to the same thing.

These regular grabs for attention stick a little, though - there's a slight impression that some of the themes have been skipped across purely for effect, like a flat stone dancing across a deep lake. Drugs? Check. Suicide? Check. Rape?...but it's to the Raveonettes credit that the superficiality and dark hunour with which these subjects are broached is ultimately liberating. Indeed, it's not this that causes lingering doubts so much as The Raveonettes continued dependence on a one-trick formula. They can be either more overtly poppy, or more overtly noisy but those are the long-established and hard-set parameters and as a result a stationary if well-studied repetoire of songs is ultimately mined.

That not to say that you'd have them change; they were around before a host of bands trading on similar stock, and had a fair old dose of Shoey' in them from the start. Besides, The Raveonettes won't change. This is their thing, their schtick. And for the most part, bending phil Spector out of shape and dragging him by his shock of hair through a raft of distortional devices and all the while kicking the hell out of the ‘Leader of the Pack’ is a very good thing.