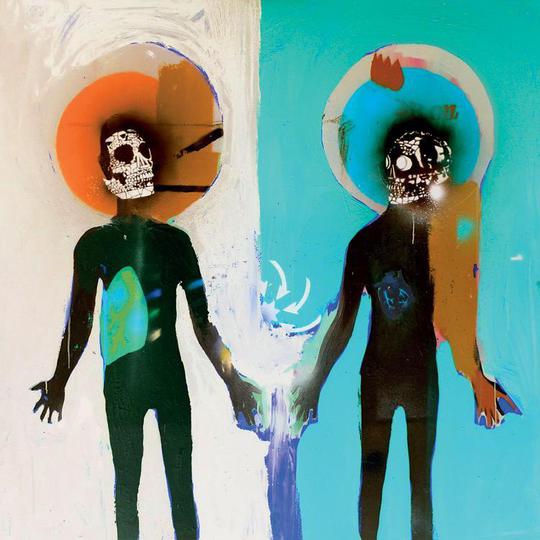 It’s been six long years in dance music since Massive Attack released their last LP, 100th Window. Time enough for minimal techno to 'go over' into clubland, for DFA to capitalise on the success they’d already started garnering, and for electro’s giddy rise and eventual stagnation. Such events have failed to lure the Bristol trip-hoppers into the studio, though; they’re a group who’ve always imbued a sense of being out-of-step and unconcerned with what goes on around them. But when Burial’s Untrue consecrated dubstep’s rise from south east London in 2007, it seemed that, in its dark expanse and bleak surburban dystopia, it was a long-lost relative to Blue Lines, an album that even Massive Attack themselves hadn’t tried to re-create. Until now that is.

If Splitting The Atom represents a preview of their forthcoming fifth LP, then it seems that time in the studio’s been spent dealing in some serious retrospection. Daddy G returns alongside 3D after skipping 100th Window, but the real story concerns the big guns that have been wheeled out in an attempt to provide a refresh of the queasily still atmospherics that the Bristol duo (then trio) made their hallmark, almost two decades ago. Long-term collaborators Horace Andy and Martina Topley-Bird return; joined by a ubiquitous Guy Garvey, as well as TV On The Radio’s Tunde Adebimpe. It’s a line-up to drool over, and yet over the course of two tracks and two remixes, there’s an uneasy feeling that Massive Attack aren’t entirely sure how best to utilise the talent at their disposal. Garvey’s vocal, for one, is flat and uninterested, sinking amongst the minimal bass squelch of ‘Bulletproof Love’, to the extent that only a double-check of the track credits provide solid proof that it is in fact the Elbow frontman. Adebimpe is more impressive, adding some much needed bite to an otherwise sleepy ‘Pray For Rain’. It is notable, though, that of all the cooks stirring the broth here, the familiar tones of Andy and Topley-Bird are those that feel fully realised; the former wrapping his spindly Caribbean lilt around the title track, whilst the latter skips across the cold hiss of ‘Psyche’. It’s not enough though.

Because Massive Attack sound tired. Fans have become accustomed to lengthy bouts of finger-tapping between albums, and the end result has always yielded proof that the intervening years have been spent diligently; even 100th Window impressed with a carefully constructed sense of unease (despite staring into the face of some decidedly plodding tunes). On Splitting The Atom, though, the duo simply sound like they’ve run out of ideas, unsurprising given the opening half’s attempts to re-visit an album over 18 years old. The title track never rises above a two chord organ refrain, sounding almost embarrassed by the hideously out-dated hand claps that accompany it. ‘Pray For Rain’ at least changes tack halfway through, drifting away on clip-clop electronics and Adebimpe’s breathy sighs, but that too proceeds a repetitively vacuous four minutes good only for sleep-fodder. And it says something when it can justifiably be argued that the strongest tracks on this EP are remixes. Massive Attack were never likely to return just so they could slip into a comfortable role as dubstep Godfathers; on this evidence, though, they’ll do well to even latch onto the coat tails of their prodigies, a sad plight indeed for a duo once considered true innovators.