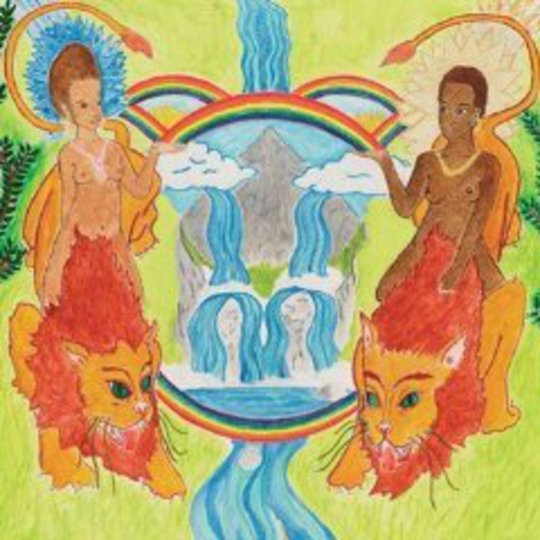 It’s difficult to extract yourself from a great machine once you’ve become an integral cog in its everyday workings. A case in point: Kyp Malone, the heavily bearded, high-haired lover of the soaring falsetto, was a late addition to the ranks of TV on the Radio, who are now unthinkable without him. Rain Machine is his first solo venture, and this release is a carefully curated selection of songs that have lit up dark corners of small clubs during downtime from his relentless schedule. Malone is often successful at disconnecting from his main power source, although the specter of that other band is always hanging on the shoulder of this album, which has been birthed from a deep pool of emotions. Rain Machine will make you laugh, cry and pause for thought.

If there is one constant thread that binds the flow of ideas between Rain Machine and Malone’s work in TV on the Radio, it’s in the subtle vocal manipulation. He often keeps his lower register in the foreground, then double-tracks the lead vocal with a wailing falsetto that trails up to the ceiling in the background. It’s a neat trick, but one that TV on the Radio has used often, sparking a warm glow of familiarity during initial plays. But this is no mere facsimile; there’s more depth, more space for him to stretch out in, especially when he settles into the desolate run of songs that make up the final third of Rain Machine.

Malone is an emotional guy, who once brought his daughter on stage and looked like he was about to weep as he tenderly hugged her in front on many thousands of people. He taps into a similar feeling here, in an album that begins with familiar tropes (a bout of whistling, that dipped-in-acid guitar sound of the early TV on the Radio records) and then rapidly accelerates away from them. So he travels from ‘Give Blood’, which has the same gruff vocal stylings that made Desperate Youth, Blood Thirsty Babes such a beguiling listen, and ends up at ‘Winter Song’, an epic, 10-minute-plus piece that rubs shoulders with the astral-jazz inflected workouts of Tim Buckley’s Happy Sad.

‘Give Blood’ and the similarly angry ‘Smiling Black Faces’ are anomalies here — much of this album is saturated in sweetly downbeat intonations that allow Malone plenty of time for self-reflection. The latter is one of the best songs he’s ever written, beginning with a harsh, PJ Harvey-esque metallic guitar clang, and building up to affecting lyrics about Sean Bell, the African American man brutally slain by New York cops on the morning of his wedding in 2006. Like the best protest songs, Malone keeps it simple (“On his wedding day/They took Sean Bell away/Cops let their bullets spray”) and asks some pertinent questions, but it’s a shame ‘Smiling Black Faces’ is tucked away on an album that will only reach a small band of dedicated listeners. It’s also the first indication that this is more than a perfunctory solo outing; Malone has things to get off his chest, requiring a new outlet to vent through.

‘Smiling Black Faces’ is delivered four songs in, and the album subsequently takes a soporific U-turn, brought about by the asthmatic melodica wheeze of ‘Driftwood Heart’. The pace briefly shifts back up a gear with the pretty, organ-driven ‘Hold You Holly’, but most of Rain Machine is solemn stuff, guided by Malone’s apparent desire to flesh out a set of songs with bare bones materials. There’s often not much going on other than vocals, guitar, and a few rudimentary percussion tools. He occasionally breaks the mood to inject a dash of humour, such as the full-throated bellow about ”the sweetest pussy this world has ever seen” on ‘Love Won’t Save You’, but the real highlight is the continual unveiling of Malone’s impressive vocal range, which cracks beautifully on ‘Leave the Lights On’ and then spirals into the sky on ‘Winter Song’.

There are moments when the album loses its focus and blurs into extended jamming that doesn’t go anywhere particularly exciting, although Malone mostly manages to keep those tendencies in check. Recording a resolutely downcast set of songs is a route commonly taken by singers looking to explore contrasting moods in a solo project, but the overall tone of Rain Machine feels like something he was intrinsically compelled to explore. There’s no empty posturing here, no unnecessary experimentation undertaken just to foist something different on the world. In fact, the darkened hues are likely to appeal to anyone who misses the ashen tug of TV on the Radio tracks like ‘Bomb Yourself’ and ‘Wear You Out’, with Malone naturally sucked back into that great machine, but throwing enough spanners into the works to make this a venture worthy of exploration.