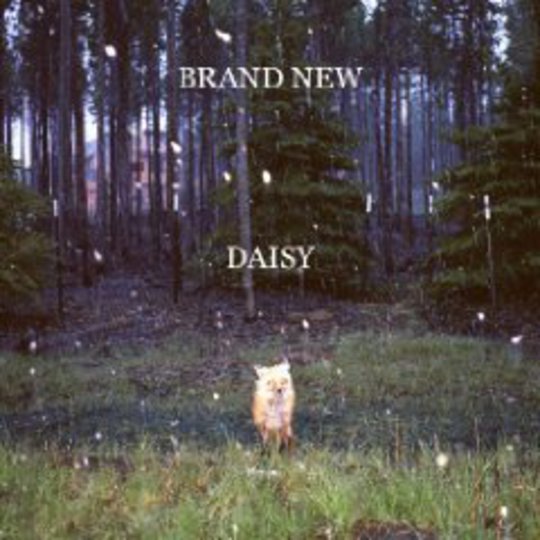 As someone who grew up with Brand New from their beginnings, Daisy comes as something of an unknown quantity. They’ve always managed to keep fans on their toes with a healthy, if not massive, diversion with each album. The adoration attached to the band warrants a nearly unparalleled level of excitement and, inevitably, discussion. The Devil and God Are Raging Inside Me seemed to truly cement them - and more specifically Jesse Lacey - as a voice of a romantically disenchanted generation, and so Daisy arrives with yet another burst of hyperbole from the pining hardcore.

Don’t be misled by the choral beginnings of opener ‘Vices’, as you’re about to be hit squarely in the chops. ‘Vices’ has just, how they say, ‘punked’ you, because what follows should genuinely make you jump. Brand New have gone loud. VERY loud, and so the hope that this will be Brand New’s quintessential statement of intent rises. Unfortunately, that hope peters out pretty swiftly. ‘Bed’ harks back to the lurching grunge of Nirvana – a sound that, while not dated, has certainly been mastered elsewhere. ‘At The Bottom’ has ‘single’ written all through it and unfortunately stands out like a sore thumb in an album of almost complete diversion from the norm, leaving you feeling cold and somewhat jaded by what Brand New seemed to have morphed into.

This is the core issue with Daisy. They’ve always had their loud moments, sure. Your Favourite Weapon was a less matured expulsion of testosterone onto disc, brimming with life and energy but watered down by the subject matter of its lyrical content, while Deja Entendu (arguably the band’s real masterpiece) managed to harness that energy into something more sinister and exciting. That’s what gave them their charm. But on Daisy, the power they now blast out sonically overwhelms the poetry that, in this reviewer's opinion, is the band's real forte. Tracks like the aforementioned ‘Vices’, ‘Gasoline’ and ‘Sink’ are brave steps out of the Brand New line – all screams of "FIRE" and jarring distorted guitar - but they don’t offer the subtle progression in musicianship that the band need. It sounds desperate and forced even if it is, ironically, the most honest, lowest artifice thing that the band have produced.

It’s a shame, as a few tracks on here do stand out amongst some of the best things the band have done. ‘You Stole’ stands up as the exclamation mark to ‘Okay I Believe You, But My Tommy Gun Don’t’, and ‘Be Gone’, while tantalisingly short, is the most interesting thing they have done to date. If it had been expanded, we could have had an entirely different entity on our hands. And with the title track sounding eerily like a perfect ending to the series of first person monologues that Lacey has offered with previous albums with the lyrics:

I'm a mountain that has been moved
I'm a river that is all dried up
I'm an ocean nothing floats on
I'm a sky that nothing wants to fly in
I'm a sun that doesn't burn hot
I'm a moon that never shows it's face
I'm a mouth that doesn't smile
I'm a word that no one ever wants to say..

It’s no wonder those unfortunate rumours of epitaph and demise have been circulated. It’s Daisy’s ‘Millstone’, if you will, and perfectly encapsulates the feeling that is exuded throughout the album. The growing process seems to have left them alienated from that which they created, that which they once loved, leaving just a feeling of desperation.

While Brand New have never been ones for astonishing originality, Daisy unfortunately feels like their most contrived and ultimately disheartening effort to date. It’s certainly a digression from what they could easily have done, and that was something they, obviously, really needed and wanted to do. But it also feels like a regression from the promise and charm that they once exuded.