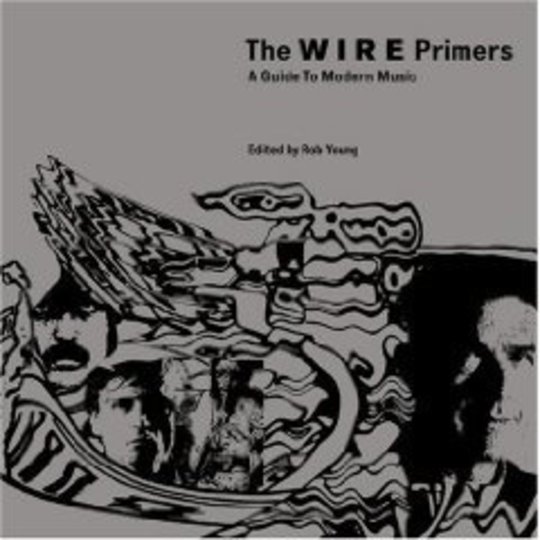 Earlier this year, this writer was singing the praises of Alex Ross’s survey of twentieth century experimental music, The Rest Is Noise. Cannily, the publishers of The Wire Primers promise a successor to The Rest Is Noise, exploring much of what it omits, in its focus on developments in orchestral music.

Here’s the good news: the writing in The Wire Primers (edited by Wire ed Rob Young) is generally excellent, and never less than crystalline, lucid, to-the-point. Its four main sections cover 'Avant Rock', 'Funk & Beyond', 'Jazz & Improvisation', 'Experimental Composition' (this last, where it overlaps most with Ross). Written as a buyer’s (but not Aspergically fanatical collector’s) guide, there’s no space for personal reminiscing or baroque metaphors, and yet time-and-again the pieces turn into surprisingly moving short stories about a composer’s lifelong quest for meaning (e.g. Cage, Feldman, Coleman, Coltrane), deconstructing the universe of sound as they did so… or constitute genuinely subversive challenges to political authority (Fela Kuti) and articulations of cultural identity amidst pressure to assimilate (James Brown).

Enjoyable though The Pitchfork 500 was – and thought-provoking as a (biased) case in favour of the single over the album – countless descriptions of songs we know and love could easily have been by entirely different artists. Granted, P4K’s interests barely overlap (Sonic Youth, Noise, Grime), but for anyone who encountered 90% of these Wire-championed artists in the pages of the much-missed Plan B and were unsure whether to go further, there’s no such problem here, given the calibre of writers. A striking piece, but hardly an exception, is the primer on The Fall by (comedian) Stewart Lee, who manages to approach Mark E Smith with just enough humour and grasp of the absurd to show how Smith re-fitted Northern grimness with Lovecraftian horror, and turned intellectualism and savage irony into a form of punk confrontation. Meanwhile, there’s no less enjoyment in reading about artists who might never be explored, and often produce a violent physical reaction owing to their over-use in adverts (for me, James Brown, who could have been discussed a little more as the Godfather of Nineties dance, but all well and good that the almighty Public Enemy get shunted into his section, for taking the next step beyond his sparagmos of soul into grunts and squeals).

Here’s the objection: The Wire Primers has inexplicable (and problematic?) gaps. First up, 'Avant-Rock' is too large a category to be represented by Captain Beefheart, Frank Zappa, The Fall, Sonic Youth, Noise (post-1990), and No Wave. Where are Krautrock, Post-Punk, and Post-Rock? Is the entire achievement of Germany’s post-war experimental scene to be adequately covered by passing references to Can in the piece on The Fall, and in the piece on early electronica? Does a piece on NYC’s No Wave (1981–1982) substitute, or explain, UK punk and post-punk? In his seminal anthology of avant-garde poets, Revolution of the Word (which indirectly shaped the canon as we know it), Jerome Rothenberg wittily, but gracefully, left a space for TS Eliot, because it would have been too obvious. Here, it seems fastidiously elitist NOT to at least have a sectional introduction that would mention, say, The Beatles (as a conduit for the avant-garde), before looking at, say, Yoko Ono (herself absent). For those who crave the unfamiliar, but have only ever dipped their toe in 'Jazz & Improvisation' or 'Modern Composition' (sections three and four), the absence of jazz-pianist and harpist Alice Coltrane is utterly mystifying, even if Miles Davis might be the 'permissibly omissible' TS Eliot figure here. (Chances are, you already know where to start with Miles, just from word-of-mouth… but what about Glass, Reich, Riley?) Okay, this particular reviewer already owns Julian Cope’s Japrocksampler and Krautrocksampler (beg for, borrow, or steal the latter…), as well as books by Alex Ross, David Toop, and Simon Reynolds, so it fills a hole on MY shelf very nicely, but it’s a stretch to assume every other interested party will, No? This calls itself A Guide to Modern Music and the prefatory note says new primers have been commissioned specially, but the least the editor could have done to allay criticism would have been to slap a big 'Volume One' on the cover.

Objection, part Two: a great writer (and Simon Reynolds is one) talking about a genre in its infancy (or infantilism?) does not make said-genre any more important. It feels weird to find Oxide & Neutrino’s appropriation of the Casualty theme listed in a Wire Primer (it’s sub-KLF opportunism, not detournement or subversion), and at best grime feels like a clumsy reprise of UK punk (paring down and democratizing a dominant genre) without the promise of anyone who might articulate an actual critique. Why so much archaeology of 'turntablism' but no consideration of anticon., Def Jux, and the avant-hip hop on Ipecac (where the pro-capitalist and quasi-fascist politics of gangsta-rap have their obverse)? On the plus side, you want reasons why post-grime genre dubstep isn’t just a twist on two-step but a giant leap for production? You want to know where to go after Burial / Pinch / Kode 9…? All here.

Objections over. The Wire is an admirable institution, for its independence, and the writing consistently overwhelms editorial contradictions. This fills a hole on the shelf… pity it doesn’t replace the shelf. Here’s hoping for Volume Two.