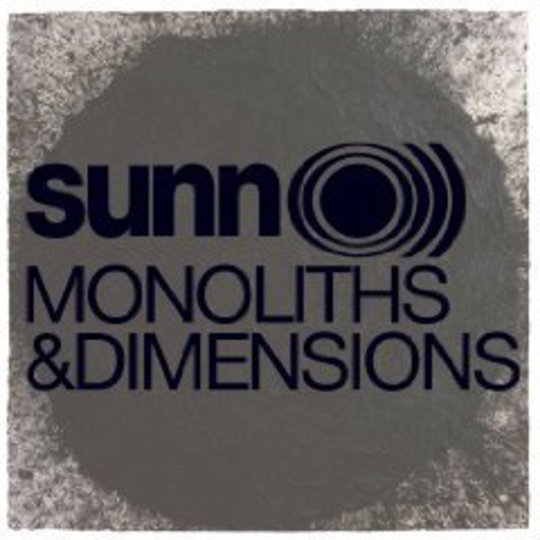 During Shellac’s excellent track ‘The End Of Radio’, about the nature of recording and broadcasting electronically amplified rock music, there’s a line (when performed live at least) that goes something like this: “This microphone converts sound into electricity/which travels down this wire/which travels up a hill/and is broadcast out into space/Into motherfucking space!... Distant alien civilization/can you hear this snare drum?”

As meta-explorations of sound production go, this is top notch but as with most things rock & roll, the instinctual works better than the intellectual. The physical out powers the philosophical. Brawn decimates brain. In fact if you want to demonstrate to someone how sound works, you couldn’t do much better than to take them to a Sunn O))) gig. The fundamental performance – Stephen O’Malley and Greg Anderson wearing monks’ cowls and playing Les Paul guitars through racks of fx pedals and a cityscape of amplification at extreme volumes – performs a fundamental role. It reveals, very viscerally, how all noise is vibration. And even more fundamentally it reveals how everything is vibration. With each rupturing chord progression they state: all energy was created during the big bang and cannot be destroyed, only transferred. Every doom-corrupted emanation proclaims: the potential energy stored on Earth in the form of fuels and raw materials was created by the Sun and every noise we make utilizes that energy. The cult rock group Sunn O))) are a mirror image of this process. They formed as a tribute act to the Seattle doom/drone outfit Earth, playing sludge-blasted riffs at ultra low BPMs and excessively high volumes, disguising themselves in ceremonial robes and behind banks of dry ice to focus the attention onto the punishing sound they created. The duo, who recently celebrated their tenth birthday, record everything on analogue tape. Even after they stop playing there is still a hiss in the background. As with an untuned television, this picks up background noise which is, if you like, from the creation of the universe. Everything exists as waves. Sunn O))) reflect energy back from whence it came. They hold a mirror up to God. If you ever, genuinely, wanted to be drowned in sound a SunnO))) gig would do it. You could feel your lungs fill with waves. Feel the aqueous humor form into ripples. Feel the blood ripple. Feel your body liquefy.

This brings us to one of the biggest criticisms of Sunn O))) you are likely to hear: that they only work live. That their raison d’etre is punishingly loud volumes designed to provoke a violent physical and emotional response and this just can’t be replicated by your home stereo or without the sense of event of their live gigs. And, even though they are my favourite rock band, I must admit that there has been something in this, in the past. Grimmrobe Demos showcases their brutal monochromatic majesty; Black One displays how the aesthetic of black metal can be applied respectfully to other genres; Dømkirke indicates something of the complex spirituality of the band; but all in all, very few people other than an uneasy alliance of fans of the avant garde and extreme metal bought their albums. And this was probably because these LPs were regarded as simulacra that had none of the profound physicality of the live show and as not being markedly different enough from each other in their own right.

Whether this is true or not, (I’d say not; most would disagree with me) this perception began to change with the release of their joint album with Boris, Altar (2006), which showcased a surprisingly light touch on tracks such as ‘The Sinking Belle’ with the Sweet Hereafter’s Jesse Sykes. This image should buckle and shatter completely with Monoliths & Dimensions their seventh studio album which attempts – and succeeds – to weave acoustic instrumentation into the dense dreamsludge of guitar reverberation. Even though the core remains the same, several other names are essential to the mix here. First and foremost is classically-trained composer and savant Eyvind Kang whose arrangements here have ensured that this album isn't the extreme metal equivalent of KISS Symphony or Metallica’s S&M. Instead, using the basic Sunn O))) building blocks – drop-tuned Melvins riffs played ultra slow – he has devised a score which weaves the acoustic elements into the foundation according to subtle pitches in timbre and tone. The instruments include a trio of double basses, a string section, acoustic conch shells, hydrophone, piano, woodwind and a trio of trombones.

Playing this humble instrument is not only Earth’s Steve Moore and John Cage disciple Stuart Dempster, but avant-hero Julian Priester, who has formerly worked with Sun Ra, Herbie Hancock and John Coltrane. There are also myriad subtle nods to the avant garde/jazz fusion – the tracks ‘Aghartha’ and ‘Big Church’ both refer to ‘Electric’ Miles Davis, and ‘Alice’ genuflects towards the late and much lamented Mrs Coltrane. This is something that has already ruffled some feathers in the new music community if the letters page of WIRE magazine is anything to go by. A recent epistle saw a poor reader getting hot under the collar that people (including the magazine) were taking long haired 'poser idiots' seriously! While it must be galling to slavishly follow left-field music for years just to witness a great leap forward occur in heavy metal with all the conservative, anti-modernist implications that are associated with this genre, one can only wonder what kind of pilchard would deny the greatness of this record just because of taxonomical associations while simultaneously declaring execrable hipsters My Cat Is An Alien to be the way forward. I mean, theorizing about music is great and everything (and I spend most of my waking hours attempting to do it and have nothing but respect for the handful of writers who are great at it) but it’s kind of apparent it should be abandoned the second it starts making you listen to utter shite and dismissing self-evident brilliance.

Everything here is about the reverberation and nothing fits into the tongue and groove of sound more ‘comfortably’ than Mayhem frontman Atilla Csihar’s astonishing vocal performance; his parched ruminations on hollow earth theory (‘Aghartha’) stand in pained contrast to the trickling hydrophone and resonant conch shells. Elsewhere he is a necessary counterpoint to the clean and stern vocal lines of a Viennese women’s choir (directed by soprano Jessika Kenney). And the reverberation has a fractal clarity, which will (and does) support repetitive listening and examination.

It pains me to even have to say this but this isn’t going to be for everyone. For the internet-damaged and terminally short of attention to the myopically conservative, to those who choose music merely as a lifestyle accessory, this album will upset, confuse or bore. For anyone interested in music that works both as art and an intensely new exciting experience - this is easily the best album that has come out this year.

John Doran is editor of TheQuietus.com; for Sunn 0)))'s track-by-track guide to Monoliths & Dimensions for The Quietus, follow this link