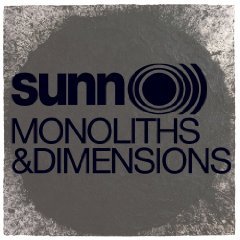 While it must be galling to slavishly follow left-field music for years just to witness a great leap forward occur in heavy metal with all the conservative, anti-modernist implications that are associated with this genre, one can only wonder what kind of pilchard would deny the greatness of this record just because of taxonomical associations while simultaneously declaring execrable hipsters My Cat Is An Alien to be the way forward.»

sunn o))) is proud to present their 7th studio album after 10 years of existence. work that spanned a year and a half resulted in their most intense, mature work to date. recorded at various points throughout 2007 and 2008 by randall dunn and mell dettmer, it features an array of other players including longtime collaborators attila csihar and oren ambarchi, and other luminaries such as julian priester (notable for work with sun ra and herbie hancock), and slow music god-father dylan carlson of earth. in addition, arrangements were handled by noted composer eyvind kang who has worked with john zorn, bill frisell and mike patton amongst others. fleshing out the usual sunn o))) lineup is an upright bass trio, french and english horns, a harp and flute duo, piano, brass, reed and string ensembles. despite this, this is not 'sunn o))) with strings' or 'metal meets orchestra' material, this is something altogether more exciting. cover art by eminent artist richard serra.