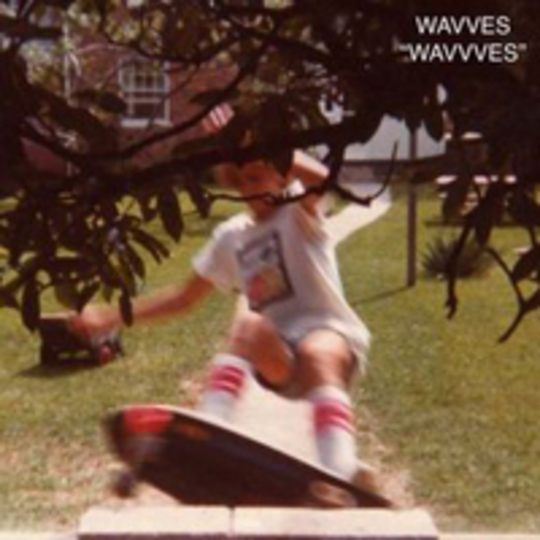 It's easy to question the validity of the average bedroom geek furrowing away writing verse and one-liners about his dalliances (mostly failures, naturally) with the opposite sex, recreational drugs and adolescent pastimes. Yet Nathan Williams, aka Wavves, somehow manages to present a dose of credence to such humdrum everyday occurrences.

Sure, there's always going to be the question mark over the one-dimensional approach both his musical (this is no-fi people) and lyrical wares tackle, but compare his artistry with troubadours from the other side of the Atlantic of a similar age (errr, Tom Clarke, The Metros) and he suddenly finds himself elevated to the most creative junior songwriter on the planet, no matter how indirectly.

What is most fascinating about Williams is that his musical tastes and knowledge - you're just as likely to find him enthusing about Public Enemy and Queen Latifah as you are Black Flag or Nirvana - far outweigh those expected of the average twenty-two year old, and bearing in mind that a lot of these songs were actually written during his teenage years, that weight of expectation is only set to increase over time as his status rapidly evolves from this week/month's latest discovery to household name. OK, forget last week's much-publicised onstage breakdown, because this record blatantly says more about Williams persona than any mid-set fall out with a drummer can ever do.

On Wavvves, his second full-length album - although many of the pieces here did appear on last year's Woodsist release Wavves - don't be fooled by the seemingly nihilistic lyrical assertions where everything is boring, lost, wasted or "going nowhere", instead concentrate on the startling composition of the music that accompanies them here. Williams, you see, is actually one-man walking talking studio so when 'To The Dregs' sounds like Flipper covering The Beach Boys in an overcrowded bathroom or 'No Hope Kids' comes on all Mary Chain stuck in a fifth floor elevator, there's something quite incredulous about the fact no other musicians or engineers were involved during the making of these recordings.

Granted, Wavvves does tend to tail off down repetition high street towards the end, but all in all, even where the experimental interlude segments of 'Goth Girls' and 'Killr Punx, Scary Demons' knit the record together like butterfly clips around a gaping wound, there's enough here to suggest Nathan Williams has the potential to become a very special talent indeed in the none too distant future.