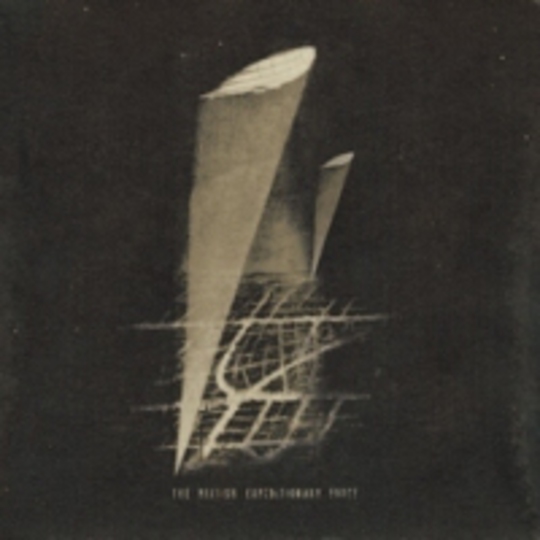 Everything seems to spell prog-rock here: the first of a three-album series essentially bound by a single concept; packaging that smells that certain way, like old library books left shelved for years before falling, the dust cloud consuming entire aisles; on-paper comparisons to My Bloody Valentine, Brian Eno and Sigur Rós; compositions constructed not by men in the same room but by a pair separated by geography, communication available only via broadband connection. So it’s pleasing that Chapter One: A Long Way From Home is both accessible and absorbing; there’s little need to repeatedly return to the record to discover its truest treasures.

The British Expeditionary Force is, at its core, Justin Lockey; formerly of yourcodenameis:milo, it’s hardly a surprise to find Lockey’s latest project bearing a clunky moniker, albeit one mercifully bereft of a confusing colon this time around. Alongside vocalist Aid Burrows, Lockey explores music best summarised as cinematic throughout this six-track debut (a pair of bonus offerings boost its parting-with-pennies appeal), mixing tried-and-tested techniques executed across the history of post-rock – gentle piano touches, sweeping swathes of textured sound – with click-bleep beat sketches that sit beneath more traditional instrumentation in a manner akin to a super-slowed 65daysofstatic. ‘Throwing Little Stone’ is a representative effort of choice: crawling vocals distorted by circuit boards buzzing atop languid percussion and piano keys.

Of course, albums like this aren’t intended for dissection, track-by-track; rather, they’re immersion affairs, designed specifically to follow a linear thread from point A to point B, all sidesteps along the way purposefully placed and forward-thought. So, the distracting perkiness of ‘A Long Way From Home’ merely heightens the impression left by more-sombre structures in its glitch-carved wake. ‘The Engine’, by comparison a straight-up indie-rocker, therefore seems to be the work of a far-broader mindset than it’d seem if analysed out of context. Arrangements don’t segue as such, but a constant flow is maintained, driving the listener to the record’s pre-extras climax with ease. Closer ‘All Those Demons’ is a delightfully chiming seven-minute home stretch, again saturated in reverberation about its vocals and as sweet of aftertaste as a particularly pleasing cheesecake.

While it’d be misleading to outline The British Expeditionary Force as a boundary-testing domestic act of progressive praise at present, there’s no doubt on this evidence that ideas run deep within its constituent persons, and parts two and three of the proposed triumvirate could prove special indeed. Promise is a word overused in concluding critical paragraphs, but its place here is deserved. A one to watch, then, for the time being; classic status achievable in time, current well-wishers are advised to spread word far and wide.