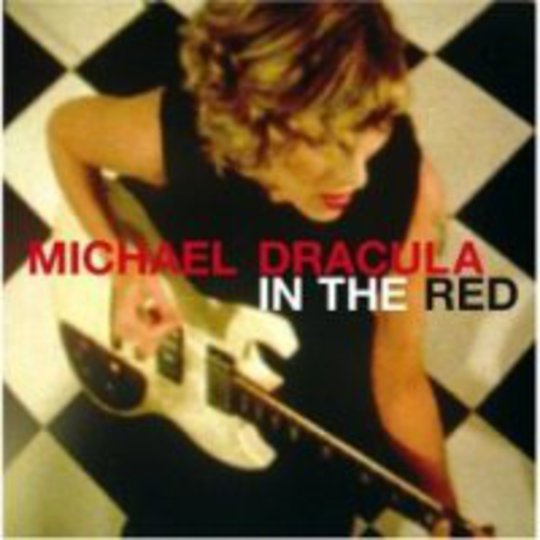 Michael Dracula are cultural vampires. Seemingly drawing blood from no bugger around since college rock hit its mid-eighties stride, the Glasgow four-piece sound like a cutting-edge post-punk act circa 1983, and that’s intended unreservedly as a compliment.

Having recently roused legendary New York no wave label ZE Records from an eternal sleep of reissuing former glories, their debut In The Red is a minor revelation, playing like a lost relic of an era, one of the few avenues left unsacked by post-punk’s insatiable appetite for the new.

'Please Don’t Take This The Wrong Way' creaks open the coffin lid in quirky, slightly unpromising fashion, a bloozy saloon bar piano jaunt that sounds like it’s about to fall off its stool. After which they dust down their dinner jackets and proceed in dazzling: 'Poppers' shimmers with lurid blossoms of trebley guitar, 'Killing Time' is narcotic and sexy with lead in its boots, and 'Destroy Yourself' is an ironic ode to the joys of abstinence that echoes the dub-influenced likes of ESG and Pylon: "Don’t drink, don’t smoke, don’t fuck – what do you do? Destroy yourself".

Most refreshingly of all, Dracula manage to summon the ghosts of post-punk influences both staid and original, and infuse them with sly nods towards the unexpected: The Shadows, Buddy Holly and The Shangri-Las to name just a few.

At once arcane and thrillingly esoteric, In The Red is an undead shuffle through the dark-room dank worth sinking your teeth into.