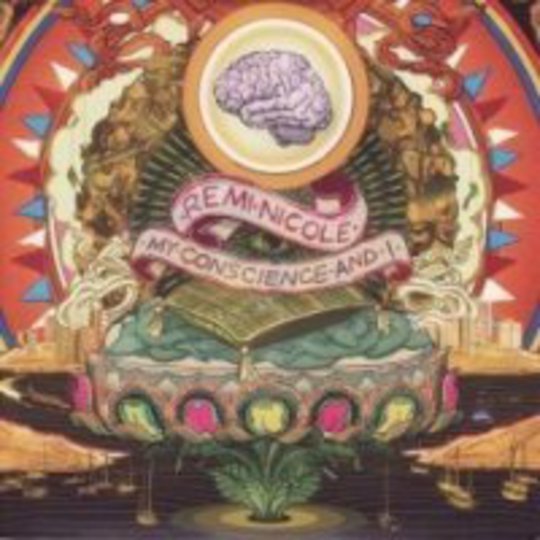 “I closed my eyes and just let my gut guide me…”

Where to, Remi Nicole? The fish ‘n’ chip shop? And you didn’t stay there? Seriously, girl: you’ve better career prospects sticking to slapping fillets in a fryer and smiling whenever anyone asks for a pickled egg, as this debut album is the most laughably inane long-player to hit broadsheet critics since Kate Nash’s oddly lauded effort. Difference is her ramblings about cups of tea and families were dumb and cute – this is just boring.

Summarised in press release speak as “a direct descendant of the Mike Skinner pop vocabulary” though Nicole is, My Conscience And I is more akin to the tiresome indie-pop jangle of The Kooks than it is an album from any deadpan rappin’ romantic – a dose or two of squeaky braggadocio muddled with insecure lyricism revealing the hows of her rapid rise to relative fame. Single ‘Rock N Roll’ is, perhaps, the most teeth-grindingly grotesque example of an infectious pop-rocker to be released this year – and that’s no compliment. You’re black, but you like indie: we get it. We don’t need a song to speed up our getting of it. Really.

Over the course of twelve largely forgettable tracks remarkable only for their linear say it like it is mate lyrical approach and cringe-worthy genre befuddlement – ‘New Old Days’ seems to draw upon the work of both Feeder and Bob Marley, and the aftertaste is sour to say the least – Nicole proves herself to be a malleable pop artist in the mould of a Natasha Bedingfield or Natalie Imbruglia: mercifully more tolerable than the former but lacking the broad appeal of the latter. How she’s been shaped here, though, is just wrong: a song called ‘Tabloid Queen’ aims at being a Babyshambles-style guitar strum-along peppered with biting social critique, but is as hollow as a Spice Girls number on the subject would be, obvious, hackneyed, tired, predictable, boring. Really, these lyrics are abysmal.

The hyperbole behind the Remi Nicole marketing machine has taken a fair few hits already over the last week, with reviews being tepid at best. Here, though, is where the wheels fall off. This is among the worst pop records of 2007: a try-too-hard mess of misdiagnosed intellectualism and compositional retrogression that aims at the head of the listener without ever thinking to engage the heart. It’s without charm, devoid of passion, stripped of any soul its maker might have initially bestowed upon a selection of these songs; it’s an embarrassment to the publicists forced to work it, and the sooner it’s into the bargain bins and out of the press the better.

So much talk, so little talent: at most this girl should be waiting tables at her local TGI Fridays. They actively _encourage _such incorrigible smug-smiled irreverence in their staff – beside ‘Remi Nicole’ there’d be three stars on her name badge, at least, if they run said recognition system.

But to reference another would-be peer: don’t we all spit at stars? Consider My Conscience And I as doused in phlegm as a fast-food burger.