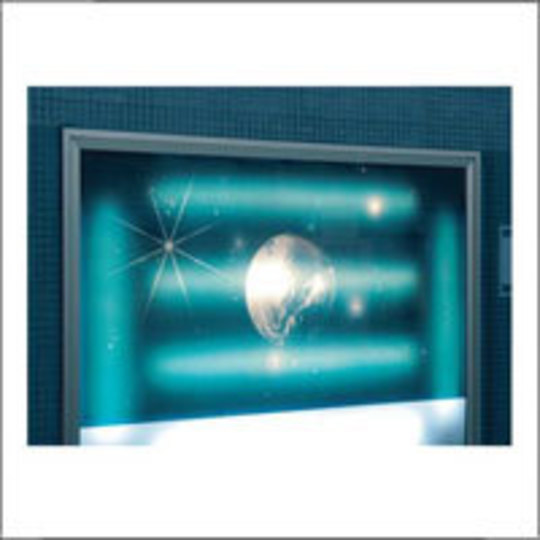 ‘Nascent’, ‘myriad’, ‘sophomore’, ‘array’: all words that sit cosily in the canon of critics; shamefully aloof from the tenets of everyday speech and set apart, like crap word royalty. Used when a ‘middleman’ of any kind – TV presenter, estate agent, history lecturer – wants to say something everyone’s heard before and make it sound new. Professionalism like this gives me guilt, and now I’ve set the barrel against my temple, but there is something validly, inexcusably ‘nascent’ about Ecstatic Sunshine.

In the beginning, so they say, there was a man banging. Clang, clang,_ clang_. On what or what with I don’t know; I’ve yet to meet any eyewitnesses and as far as I know there weren’t any idiots stood ‘round recording the thing with their Nokias. Which isn’t a bad thing as music probably wouldn’t have got very far, Arthur Russell wouldn’t have sounded so effortlessly cool and the sound quality would, invariably, have been toss.

So, in the beginning we have man and we have rhythm. You should know this much already, as everyone on the inlay of the Panda Bear record has been telling you as much for years. One more added to that list this year, of many and everything good anyway, is LA’s HEALTH. They definitely bang and they definitely clang and their self-titled debut relies on rhythm to such a ridiculous extent that melody barely features at all. The only melody _is_ rhythm, as they set beatings and bare noise squabbling against each other; weaving knots in loops and letting melodies grow in the haphazard mess of it all.

Ecstatic Sunshine take that and reverse it. The only rhythm the Baltimore duo can find eeks out in the gaps between their singing guitars, whose melodies flutter like humming birds and cleanse like warm rain. Or just irritate, depending on your ears.

Back to the beginning. ‘Duck’ is the first track and it and the EP come burbling into view like a tropical Durutti Column, duelling guitars opening out into a green, golden canopy of sound; shimmering and pure. Pure like ‘nascent’ and just as infatuated with the idea of loops and roots like someone untangled all the knotted rhythms back to the beginning, the very beginning and whispered things in that caveman’s ear that made him want to stop banging, move to Baltimore, make a friend, electricity and some of the fizziest, (‘Anagram’), most thriving, (‘Felt Flag’), music he’s ever likely to hear.

When it’s time to turn to side B for ‘Birth of Green’ thoughts of beginnings and rainforests begin to make some kind of sense, and the mint vinyl now spinning at 45 rpm across the room and the organic/alien, bold/unsettled, shimmering/noisy sounds coming from its grooves give all the validity that’s needed. Those divisions can be slashes or strokes, the ‘soundscapes’ (gah) Ecstatic Sunshine feed put you and your subjectivity fully at the centre.

Living is rare fauna, untouched by anything except the world its growing for itself in the lonely, gagging gaps in your brains.

Vidi: ‘Anagram’
Log-in to rate this record out of 10
Share on
Love DiS? Become a Patron of the site here »