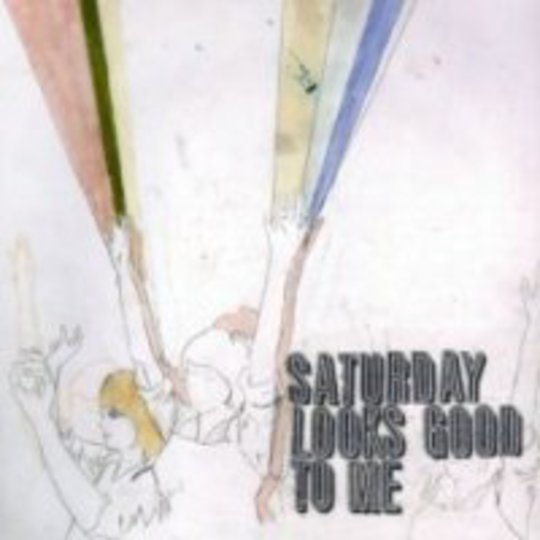 Those people familiar with the infamous (or just not-famous) club night and label How Does It Feel To Be Loved? will know fairly confidently what to expect from Michigan pop maestro Fred Thomas and his lengthy performing name, Saturday Looks Good To Me. These people are unlikely to be under 30 and to have ovaries, but Thomas' music is still curiously brilliant.

On previous records, most notably the wonderful All Your Summer Songs, the mission statement has been to recreate the Spector sound, to charm through nostalgia but, crucially, with the inclusion of modern sentiment. Littering records with the odd synth has also been pretty good, but you can't eat the same meal every day, can you? Similarly, stints on the road with full backing band have developed things and lent the milieu a distinctly garage band feel, and that's where Fill Up The Room fits in.

In truth, you only need one song from this album. It is, of course, quite heartening to discover that the remainder is also rather good, but here's the one you want: 'When I Lose My Eyes' is Fred Thomas duelling with the past and the present in a potent style. Almost seven minutes in length, it constantly has the sound of punk's most digestible twangs and clangs, but the soul and class of Sun Studios. Thomas sings of a growing love for his best friend, which is just about a modern enough narrative to stop the project from going stale, but the sheer calibre of the delivery means he could be singing about anything and still make it listenable. When the horns and strings arrive after some surf drums and wailingly obvious chord progressions, it's an epiphany. But when those lightly articulated horns and strings turn to jazz growls and aggressively dark bowing, we've gone straight to Ascension Day. You may be able to predict what's coming, you may be overly familiar with the references, but you're not ready for the whole package until you hear it.

Putting that particular song at number three in the running order would cripple most other records by continual comparison to an early highlight, but Fill Up The Room continues to delight. Not quite as much, that’s for sure, but it's valiant stuff. It's hard to argue with the well-judged melancholia and skilled arrangements of 'Come With Your Arms', Thomas' most Dylan-esque moment and an emotional core if ever there was one. It's also the most poetic song here, and it marks a deeper furrowing than on previous SLGTM records. Lines like "we climb and we clamour, we falter and scatter and fall off like leaves" is evidence that, as an artistic prospect, Fred Thomas is less concerned about the sound of his records and more inclined to work on the reasons he's writing. Finally, his heart has caught up with his head.

With a now-complete arsenal, Saturday Looks Good To Me records will hopefully continue in this fulfilling vein. While there's a small gap where the production genius of emulating all the warmest parts of Motown used to reside, the renewed emotional focus and the blistering intensity of certain moments on Fill Up The Room go some way towards compensating.