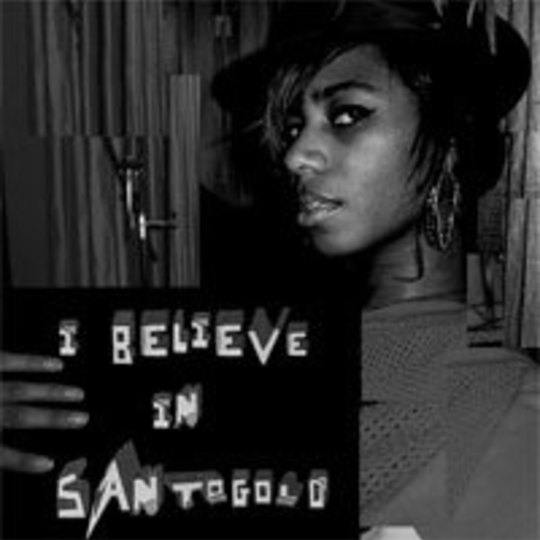 It’s certainly an audacious way of introducing yourself to the world; with one of the most irritating vocals ever committed to tape. On ‘Creator’, Brooklyn-based electro starlet Santogold makes her wordless entrance and it’s like having seagulls wheel and circle above only to swoop down to peck ferociously at your bleeding bonce.

Then the beat drops and suddenly it’s like giant robots crushing epic landscapes underfoot, a thuddingly neo-tribal and achingly, even clownishly modern floor-filler. It’s also a ludicrous pilfering of M.I.A’s sound (long-time collaborator Switch produces), but where Santogold’s lyrical flows are arguably more dextrous than the Sri Lankan firebrand’s staccato rhymes, there’s none of the latter’s political tourette’s here, since Santogold’s concerns are merely self-aggrandising: “Me I’m a creator / thrillers do make it up / the rules I break got me a place up on the radar”.

By contrast flipside ‘L.E.S. Artistes’ sounds almost conservative, a slow-burning gem of palm-muted guitar chords that resembles Blondie covering the Yeah Yeah Yeahs’ ‘Maps’. Very good it is, too, even if it leaves you questioning exactly where Santogold’s intentions lie – vogueish fly-by-night or genuine pop smash? Time will out her, but in the meantime this is worth braving the seagulls for a first helping.