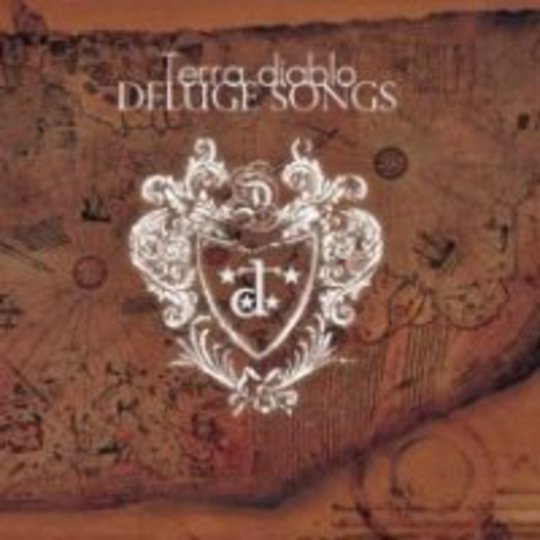 During the recent foreign policy debacles involving wars, extraordinary renditions and oil contracts, in every single photograph of protesters there was always a placard or two bemoaning Blair’s undignified and unseemly humping of Bush’s leg in a vain attempt to curry favour with the Most Powerful Man Apart From Cheney Maybe But That’s Just Rumours And Hearsay, Innit. While The French were able to take a measure of pride as their status as the newest figures of fun after Chirac refused to wholly back the military excursions, we British had to follow meekly, eyes cast downwards as all notion of our specific identity slowly evaporated on the global stage and we became the lapdog of America. Embarrassing, no?

What’s the point of that rant? Well, as soon as the first shimmering, polished chord of Deluge Songs is struck, it becomes immediately apparent that these four Glaswegians simply don’t give a shit about cultivating their own identity, because they’re already smearing chip fat over their rumps, bending helpfully over a desk and motioning to FM-Rawk stations across the fucking Mid West to take them roughly from behind and, y’know, pull their hair a bit. It’s alarming how utterly unoriginal this entire record is, and while arguably the time could be right for a band to pick up the Smashing Pumpkins’ alt-rock ball now that Billy’s totally forgotten how to write songs, Terra Diablo’s utter lack of drive for anything other than to provide the soundtrack to American Pie 6: Stiffler Gets Chlamydia is just laughable.

Witness: ‘Disappearing Act’ dissolving into ‘Walked Away’ dissolving into ‘Quiet’ without a single discernible hook to pick out between the three. It’s not like this particular brand of pop-rock is necessarily bad – hell, when Razorblade Suitcase came out, this writer was loving it –but if you’re going to aim so shamelessly at the pop charts, then surely making a record entirely devoid of hooks is a startling miscalculation? And matters don’t improve when Terra Diablo pick up the tempo with _‘Impossible’ _, which sounds like something Puddle Of Mudd might reject for being too dull. Seriously. Puddle. Of. Mudd. The problem is that in trying so hard to provide a facsimile of a specific genre, TD have lost the fundamental aspects of it that made bands like Bush successful in their own right – all the raw edges have been sanded down, there’s no real rock heft behind any of it and, worst of all, the songs are so ridiculously formulaic that any notion of excitement is quickly forgotten.

Frustratingly enough, because this style of music isn’t typically ‘appreciated’ by DiS this review’ll be written off as a wanker journalist trying to kick an uncool band because they’re not Battles. But please don’t be fooled: this is simply bad, cynical music and I don’t even like Battles all that much.