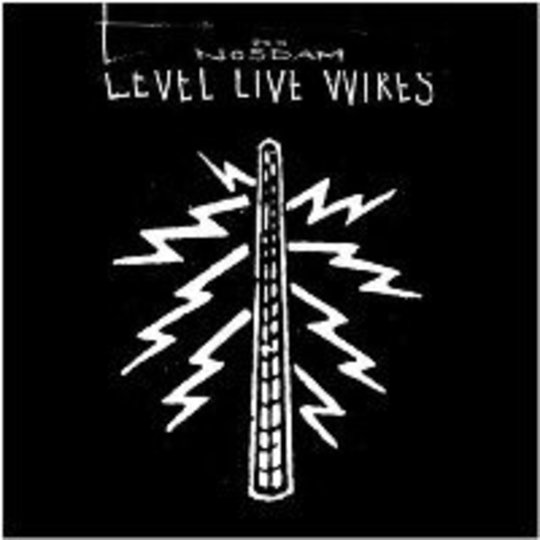 Away from the relentless stream of hyperbole that has left lapping tongues spilling saliva all over Burial’s return with Untrue’s dose of destitute dubstep, David P. Madson, emancipated from previous cLOUDDEAD duties, under his Odd Nosdam moniker, returns with another bout of leftfield electronic drone.

Of all the inappropriate tags pegged to Odd Nosdam’s collar, a ‘collage’ seems most befitting, drawing on the woven intricacies which Madson works from (even cLOUDDEAD’s seminal debut record was the stock of 10” releases the act had released bundled up), as bleak beats loop to form a deadened ambience not far from the empty womb of Eno’s Music For Airports.

Shifting on spasmic tangents, Level Live Wires skips carelessly through guises, as ‘Kill Tone’ gets outed in two different forms, held together with something of lost loop from Four Tet’s Rounds as it chimes with the same melancholic come-down piano hook, recycled throughout. It later returns as ‘The Kill Tone Two’ with former cLOUDEAD cohort why? (Yoni Wolf) providing the same deranged rhymes of yesteryear, breaking in with standard nonsensical surrealism (“Good luck is a dead duck / in each hand a duck neck, in each fist / I wrote this ocean at the ocean / hope you hear it in the spirit of St. Nick”) over TV On The Radio’s Tunde Adebimbe’s somewhat understated contribution.

Elsewhere, as the slow-building ‘Fat Hooks’ drones contentedly over Hood’s Chris Adams and ‘Up In Flames’'s stuttering dub lines flare up against ‘Burner’'s clumsy mechanical churn, it’s the polite jarring of influences that gives the record such a beguiling bleakness.

Rather than the sinister drones of 2005’s Burner, Level Live Wires focuses more on a delirious, often unnerving, sense of atmosphere that is largely indebted to Boards Of Canada’s Geogaddi. Instead of peaks and troughs it is far more subtly aloof, entrenched, away from any inappropriate grandiose, entangled in a shoegaze sprawl as long breaks between tracks leave the record pining for attentions.

Initially underwhelming, as samples and tape loops are pieced together, Level Live Wires retains that same eternally unfamiliar tone that, as with Donuts and Person Pitch, keeps you hooked to these patchwork pieces.