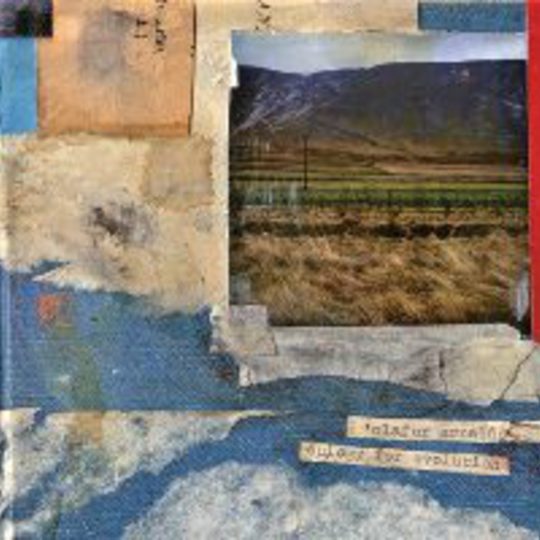 What do suburban kids dream of in Iceland? Far from the humdrum observations and idle plans for escape of his pavement-gazing British counterparts, 20-year-old Ólafur Arnalds has grander schemes in mind.

His debut album will no doubt attract comparisons to Sigur Rós, but where Eulogy For Evolution is undoubtedly post-rock in sensibility, it is more accurately a classical score for an unrealised biopic; a chamber piece composed largely for piano and strings full of untold nostalgias and regrets.

In any case, Arnalds charts a different psychogeography to those aforementioned stalwarts, not austere but plainly emotive; tear-jerking, almost, although that would be doing him a disservice. Like the first rays of sun on ice after an arctic winter, or ageing Eskimos pushed out on rafts to die, Eulogy For Evolution strikes a delicate balance between poignancy and lachrymose sentimentality.

Arnalds’ piano plots a fragile course through the record’s heart while weeping and insistent strings swell and subside, bringing to mind Carter Burwell’s rueful score for Being John Malkovich.

And while there are moments of soaring grace to leaven the proceedings slightly, the record’s melancholy tone can start to become a bit oppressive. Call it an adolescent hangover if you will, but there is an over-reliance on welling crescendos at the expense of formal aspects which characterises Eulogy For Evolution as rock - or post-rock if you prefer - even before the drums kick in on ‘3055’. Arnalds continues to bring the rawk with ‘3326’, increasingly discordant lunges of violin giving way to an unexpectedly bloodthirsty climax, a satisfying if not especially sophisticated melding of rock and classical tropes which sees the ‘til-now predominant strings’ supremacy challenged by the wild ejaculations of guitar.

The resurfacing of leitmotifs throughout can begin to irk the casual listener out for free-flowing hooks and marks Eulogy… out as something of a niche record, but it remains at times a startlingly well-composed piece and an auspicious debut from a promising young talent.

Way To My Heart