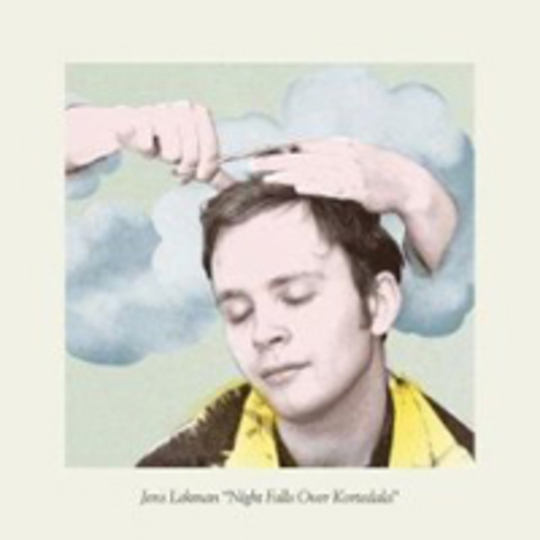 “Marvellous… young Lekman delivers a work worthy of the greats; his baritone presiding regally over a banquet of winsome pop classics.” – the Daily Mail

“Lekman follows 2004’s debut _When I Said I Wanted To Be Your Dog with a fresh pawful of doghouse lament… does lovelorn with a lightness of touch that should see him back in Lady Luck’s good books very, very soon.”_ – Observer Music Monthly

“No-one on earth is doing this better than our mate Jens at the moment.” – New Musical Express

“Overblown, pompous… this album makes me want to vomit my guts out of my face onto my Converse.” - Artrocker

None of these record reviews exist anywhere outside of my own head, but it wasn’t exactly hard to predict what Jens Lekman's new record might sound like and what the reaction to it might be. First would come the grand, sweeping, orchestral love songs that would then provoke either nausea, confusion or total adoration. Whatever the reaction, the songs would at least have a certain deadpan charm and mostly be named after girls.

The turn-off most levelled at Lekman is that his tunes are too saccharine – a fellow writer here describing Night Falls Over Kortedala as “the gayest record I’ve ever heard” – but in the past Lekman-the-narrator had always seemed awkward enough to argue irony as a defence. We took what were at times clumsy, if endearing, lyrics as nudges and winks; Richman-dumb expressions of surprise as tics in a self-aware karaoke turn. ‘Knowing’ that Lekman didn’t take himself too seriously gave him a certain sneer and gave us – oddly, perhaps – a certain security. _“Steel drums? Crooning? WTF?”

_"In church on Sunday making out in front of the preacher.

You had a black shirt on with a big picture of Nietzsche."_

“LOL,” we exclaimed out of amused relief; back, it seemed, on the right side of the irony gap. That said gap helped in conceiving of Lekman’s world as an abstracted realm of long johns and teen-tearaway barbershop quartets and constantly-skipping hearts is, also, probable rather than possible. Lekman’s fitful immersion of himself in this world gave the material gathered on Oh, You’re So Silent Jens a distance that helped bitter the sweet.

Instrumentally his tracks have always been perfumed with a sense of melancholy, earning comparisons to the Smiths and Television Personalities – but here on _Kortedala there are subtle shifts in the inflections of Lekman’s baritone. Where on records past he’d often sound bemused as he recounted tales from Lekmanland – that world of mandolins and forever-at-first-sight and girls and boys with absolute, unwavering faith in the notion of romantic love – here his voice sinks back into line with the music; wiser, weary and sated. Whether it’s from a growing lack of naivety or real life travails, Lekman no longer sounds as if he’s reading his lines from a script.

He sounds closer to and more at ease with the sonic maps he charts. The added layer of irony has been removed, or at the very least it’s been chiselled and now the residue of it sits like dust, fragile on the surface. While removing the safety blanket seems at first disorientating and slightly crass, ultimately the Swede’s absorption into his own mind gives him the throat of a man who sounds in control. This control is one of the things that make Kortedala Lekman’s most assured, comfortable record yet, apt for a long-player who its progenitor says was constructed _“within the 30 square meters of my apartment”.

After a few years of post-teen soul-searching – a period epitomised by the mix-up that saw Lekman given the misnomer ‘Rocky Dennis’, prompting the Swede to essentially serenade then kill off this accidental version of himself on the Rocky Dennis in Heaven EP – Lekman has grown up and grown into his persona. Finally he is more than the singer of some songs: he _is the songs. Jens is king of his own kingdom.

Inevitably, the responsibility of such a position means a certain amount of youth has to be sacrificed and Kortedala lacks the surly dare of earlier work – despite his maturity there is nothing here as cool as _'Black Cab', for example, or as refreshing as 'Maple Leaves'. So what has Kortedala got to venture out into the world with? To start with, a deliriously defiant, Beaujolais-glugging curtain raiser.

and I will cherish every kiss

So crashes the crest of ‘And I Remember Every Kiss’’s first wave: ridiculously cinematic, gloriously overblown. Boasting bold rhymes and triumphs of brass that cast a shadow as long as the next 50 minutes, it softens subsequent edges and straight away Kortedala’s the cosiest of Lekman’s offerings to date. It and he seem to exist in their own bubble – like a timeless Sunday spent watching old monochrome Hollywood on the sofa. This’d be technicolour in sonic form if it wasn’t for its author’s frequent insistence on black and white; lush if the term hadn’t been co-opted by grease-locked, Fosters-drinking wide boys from the Home Counties. The chances of Danny Dyer finding Jens _“tasty” are slim, you’d imagine.

Plenty do though, and with this release the conga-line that follows Lekman through his day-dreams will surely grow. The main draw is the sheer weight of personality on show – there’s gravity in his throat. When Jens finds himself on the right end of plot twists, or as the bold, lone escapist making dreams real – the Rocky Dennis saga and piloting a bi-plane in his new video being respective examples – the story and its lead character are too irresistible to refuse. 'If I Could Cry', lifting its drum intro from 'Young Americans' and the most outed pop chameleon in the culture's history, acknowledges the debt this record owes to identity construction.

‘Course that identity can’t survive in such a bubble forever – the character’d suffocate, get bored, boring. So Jens will throw in a bit of mundanity – the Iraq war, tax representatives and immigration all get nods in ‘Shirin’ – or he’ll blog about shitty computers on his website. The memory of past records still haunts Kortedala, too. Reflexive lyrics are still heavy in presence, it’s just that now they’re sure rather than startled: “The best way to touch your heart is to make an ass of myself,” he sings, justifying that earlier karaoke turn.

It only helps that you can see the transformative processes - the fazing out of irony, the rise of comfort - in action, with all the insecurity and motive and yearning and aspiration laid bare. Showing these things sidesteps the easy empathy of worn 9-5s that a million less enigmatic bands exploit but achieves another, less codified one; setting Lekman both alike and apart and reaffirming the existence of the bubble-boy against the contrasting flux of a real_er_, wider world. It becomes apparent that if he's the filter – appropriating elements and samples then lurking in the idea of them like a doo-wop Tarantino – there must be stuff he's leaving out, too. It's the absence of that stuff that keeps the intrigue and the listener close to him.

As penultimate track 'Kanske Ar Jag Kar I Dig', (_'Maybe I'm In Love With You'), fades from view, a flourish of brass begins to cut in and out of earshot. Where does it go when it's 'out'? It sounds like it's crossing over. Similarly, Lekman’s bubble is strong enough by the record's end to take out into the big, wide world. A filtered vessel that Jens rides away to the _'...Drive-in Bingo', finally Jens Lekman has arrived where he always wanted to be, where he always wanted that _'Black Cab’ to take him: loitering, hair-greased at the peripheries of his own film noir, at the border of reality and escapism, aided as much by the absence of something as he is by the presence of it. For now we can let him smoulder weary, looking out over the world he's built, but it’s interesting to ponder on where Lekman will go next - beat a retreat or head on, unabashed? Whether it's fight or flight, you can be sure that the company will at least be decent. At the most it'll be charming, oddly brave and brilliant; eerily reminiscent of _Night Falls Over Kortedala.