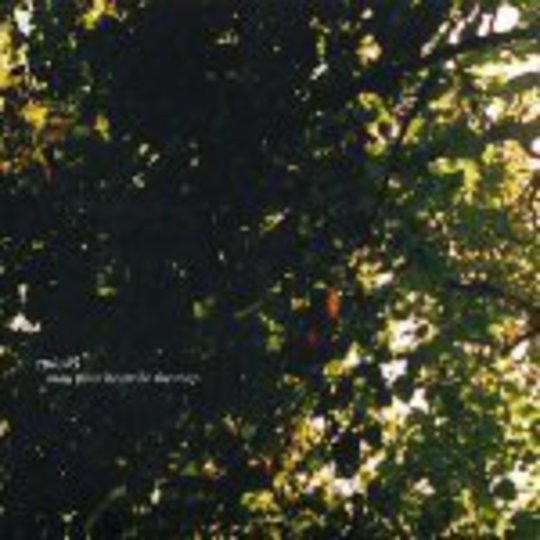 Erratic, ethereal, engrossing: myriad adjectives can be applied to Epic45’s May Your Heart Be The Map, but few really sell it to the uninitiated in the manner a purple-hued piece of prose such as this should. Enticing? Enveloping? True and likewise, but there are subtleties to this carefully arranged and skilfully executed – understatement being the key factor in its recording – that words will never coherently convey. This is music that goes nowhere and does little; it’s not full of peaks and dips; it doesn’t set the skin tingling at the prospect of a potential breakdown a la atypical post-rock records (a pigeonhole you could just about shoehorn Epic45 into, if you need such lines drawn about your review content). But something makes it impossible to quit playing.

Though their make-up expands to encompass only two members, Rob Glover and Ben Holton, the sound-craft on display on May Your Heart Be The Map could be interpreted as the work of either a terribly committed solo artist working 48-hour days or a many-limbed collective operating Broken Social Scene-style, magpie-plucking shimmering melodies from their record collections and pasting them into place in exactly the right places. It’s grand, but measured; unlike many two-piece projects. Vocally, this is all drift and tone; specifics not so important when compared to the emotional hold the spoken words possess; clutched close to the heart of music that buzzes, drones and sweeps as if the aural mirroring of a ballet dancer giving the performance of their life, the effect is both beguiling and intoxicating. It’s a wonder at times, this album; not a life-changing experience by any stretch of the imagination, but one of the most gorgeous albums you’ll hear in a long time.

Clocking in at 46 minutes in length, May Your Heart be The Map succeeds in not outstaying its welcome, too. Whereas Kranky label releases past have initially appeared serenity perfected, calming and bewitching from the outset, many have fallen foul of overly long durations; not so here, and while Epic45 lack the complexities of a Keith Fullerton Whitman or the repetition of a Growing, parallels can be drawn. Indeed, ‘Forgotten Morning’ cycles and recycles its closing moments in a manner that’s very similar to the latter point of reference, while the assortment of clickedy-click backing beats are an echo of the highly schooled approach of Whitman. In fact, numerous comparisons can be made to acts experienced previously after but a single listen to May Your Heart be The Map, but this isn’t imitation dressed up as innovation; source material is selected with care, and the assembly is startling in its affecting acuteness.

And, so, back to that disclaimer opening: if anything penned above has settled within you, stirring a desire to experience Epic45 at your earliest convenience, please do not fight the urge. Words can only do so much, and Epic45 craft a type of music that’s so tough to tackle from a critical perspective that a review of this recording should stretch to no more than a sentence: try before you buy. To these ears it’s a delight; a low-key, hush-hush release that word of mouth could propel to something of a cult classic. To yours? Elevator musak for musos, or even like being stuck on a really long train ride. Or not.