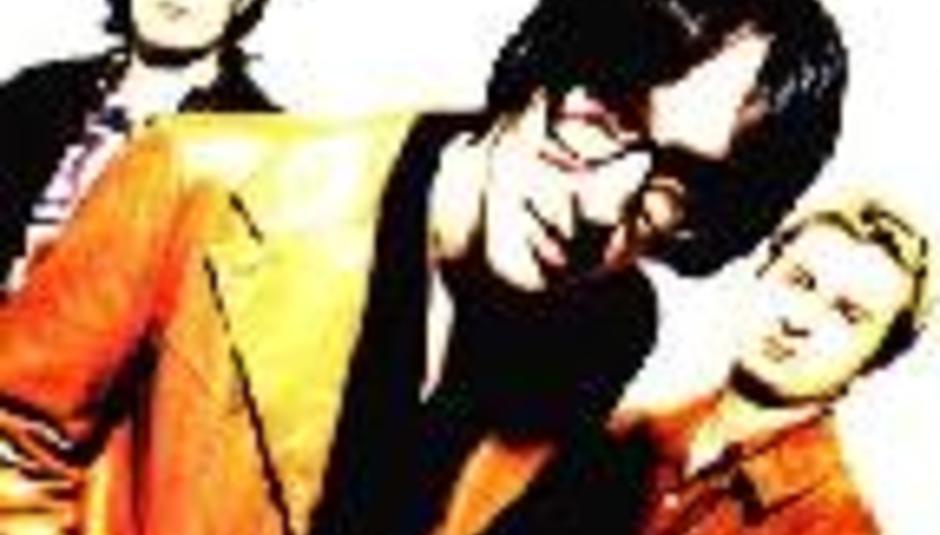 by [redacted] October 21st, 2003
Silver Sun have just played their first gigs in four years. Their official return at the Camden Barfly last night was pre-empted by a sneaky secret warmup at the King’s Head in Crouch End on Friday.

DiS was there to witness the kings of UK powerpop at the Barfly. It was very hot. The band previewed material from their forthcoming third album. The style of the songs lies somewhere between the pop of their debut album, and the cheese metal of the second – basically, it sounds like Silver Sun. Hurrah!

New song titles include ‘Bubblegum’, ‘Pipsqueak’ and ‘Can’t Get You Out Of My Head’ (NOT a Kylie cover!), some of which date back to when the band first vanished off the scene following their departure from Polydor Records. Frontman James Broad told us that they don’t yet have a record label to release the new album, but there were some PR companies checking them out at the gig and they were going to take things from there. He said they could release the album themselves, but that’s not something he’s keen on getting into. “I’d rather just write songs,” he reasoned.

Full setlist for the gig was: