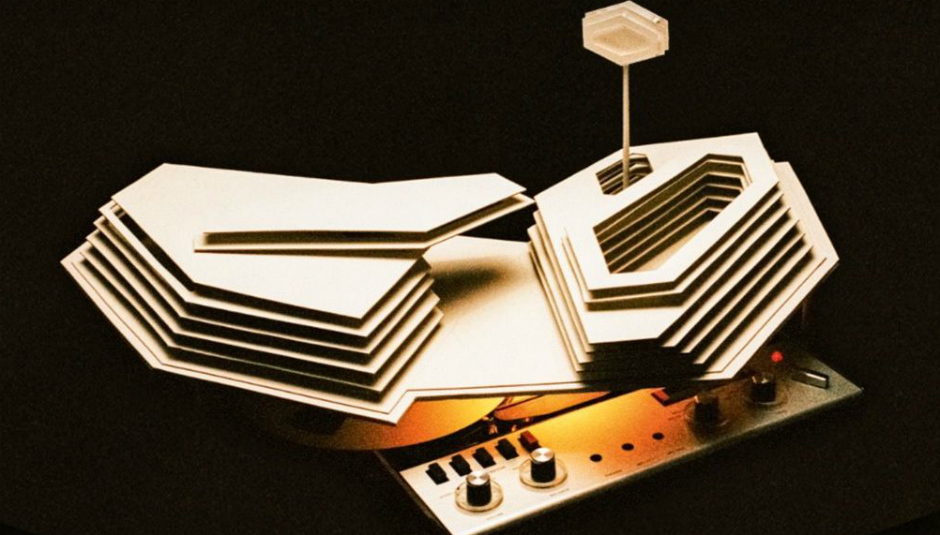 I’ve not heard an Arctic Monkeys record – knowingly at least – for the best part of a decade now. That would make 2009’s Humbug, the Sheffield quartet’s third LP, the last of theirs that I can really remember anything about. At least, that’s the case in theory. In practice, I remember nothing about it bar the song ‘Crying Lightning’ and the fact that Josh Homme produced it. What makes me curious about Tranquility Base Hotel & Casino, however, is less that I’m listening to it having not heard the last two Arctic Monkeys records, but that it purports to showcase a dramatically different style to the group’s previous work. Words like “lounge” and “jazzy” have been mentioned in reviews, comparisons made to Serge Gainsbourg, Leonard Cohen, and Nick Cave. Lyrical influences supposedly included Rainer Werner Fassbinder’s brilliant World On A Wire and Neil Postman’s Amusing Ourselves To Death. Pitchfork compared Turner’s work in this department to Jorge Luis Borges. More bizarrely still, this is a concept album set on the moon… so it’s got to be a worthy Mercury nominee, right?

Wait, so the opening line on this record references The Strokes? This isn’t what I sign up to a concept album set on the moon for. That aside, I have to admit I rather enjoyed the extreme levels of tongue-in-cheek pomposity here. Alex Turner’s voice still retains some notable Sheffield-isms, but he’s certainly developed a lot as a vocalist in the last nine years. His lyrics still veer wildly all over the place though. I quite enjoyed the image of him “Hitchhiking with a monogrammed suit” but I’d already cringed visibly on several occasions before the question “What do you mean you’ve never seen Blade Runner?” was posed.

The opening verses here feel like Turner is trying too hard to strike a balance between being witty and being intelligent, but the overall effect is relatively impressive. Musically, the record already seems to me more reminiscent (to my, admittedly non-expert ears) of that Last Shadow Puppets record Turner did with that other bloke whose name I can’t remember than it is of anything the Arctic Monkeys have ever done. I can get on board with that, and in fact, I feel the orchestral arrangements of that band might well have made this track a good deal more convincing.

The Nick Cave influence is really emerging here. The music is vaguely reminiscent of a stripped-down early 90s Bad Seeds, and the line about it being time “For my weekly chat with God on video call” would not have been totally out of place on Push The Sky Away. It all plods along pleasantly enough for two-and-a-half minutes but doesn’t go anywhere, something I’m already sensing might be a theme on this record.

Please never make me recall the lyric “Kiss me underneath the moon’s side boob” ever again. It nearly made me spit my tea out, and confirmed my suspicions that mentioning Alex Turner and Jorge Luis Borges in the same sentence is something of an insult to the world of literature. Musically I, again, quite enjoyed this. This is hardly a musically innovative record, but the restrained keys-heavy arrangements suit the mood better than the more muscular Arctic Monkeys sound I remember would. I do question the idea that we’re getting value for money on the concept album front here. Turner pretending to answer the phone in character as a hotel receptionist in the chorus isn’t cutting the mustard for me. As this was the title track I was expecting barmy Rush-style science fiction here and was sorely disappointed.

Oh, things are getting political: “The leader of the free world reminds you of a wrestler wearing tight golden trunks / He’s got himself a theme tune, they play it for him when he makes his way to the ring”. I’m not sure this is quite the profound dig at consumerist American populism that it was intended to be, and in any case Turner’s falsetto is distracting here rather than helpful. This sort of reminded me of the last time I heard an Elbow record, in that I’d completely forgotten almost everything about it before it had even finished.

‘Four Out of Five’

I enjoyed this, despite the blatant Bowie impersonating going on for much of the track’s duration. I was about to praise Nick O’Malley’s bass work but, looking at the album credits on Wikipedia, I realise Turner did that. What do the other Monkeys think about the moon base theme, I wonder? I quite like the idea that they recorded all the music before realising they were working on a concept record, and have spent the subsequent months feeling slightly sheepish. Not that they need to be embarrassed about this one, which is a perfectly serviceable glam pop ditty. The Tripadvisor-baiting refrain of “Four stars out of five” will be stuck in my head for ages.

OK, I must have zoned out during this one. Perhaps I was still getting over my surprise at how much I enjoyed the previous track. Suffice to say it seems to already have finished and I’m not sure I even noticed that it had begun. Let’s call it filler and move on.

The arrangements are becoming a problem now. This is utterly forgettable. The bass is still doing a neat job of knitting everything together but the rest of the sonic palate is starting to feel unfinished rather than minimalist. The vocal hooks simply aren’t memorable enough. Yes, perhaps it’s a grower of a record, but I sense I might never find out.

I think Turner might have been listening to Lee Hazlewood recently. This is a bit more rousing than most of the record. There’s even a vaguely pleasant guitar solo. “I’m so full of shite”, Turner sings at one point. Well, you said it mate. In all seriousness, as someone who grew up with plenty of prog in their life, I’m firmly of the opinion that concept albums are fine if the commitment is there. That commitment isn’t present here.

I’m getting more Let Love In-era Bad Seeds vibes here, in the way things swagger rather than stumble along. There are some nice touches on this one musically, actually, particularly in the synth department. I’m more confused than ever as to what this album wants to be though. The lyrics have become progressively less engaging and it’s only now, on the penultimate track, that we seem to be getting some more audible hints at musical experimentation.

This is great. Seriously, this is the one moment on the record where it feels like Turner genuinely has something to say. Whether in character or not, this regretful piano ballad would have really injected some steel into the album’s middle order, with Turner reminiscing over “pictures of friends on the wall” and questioning the depth of his own thoughts. Instead, it feels rather wasted as the final track. Also, is the moon itself the “Ultracheese” of the title? Answers on a postcard, please.

It’s fair to say I went into Tranquility Base Hotel & Casino feeling cautiously optimistic and, whilst I cannot pretend to even vaguely understand the methodology (if there is one) of the team behind the Mercury Prize, I’m leaving the record behind feeling completely un-offended that it’s made the shortlist. This is a totally underwhelming album on first listen, bar a couple of standout tracks, and it certainly isn’t particularly original. Nonetheless, it’s not the landfill indie record it could have been, and it does show a band at least trying to do something different. It would be an ill-deserving winner but – bearing in mind that Ed Sheeran has been nominated for this award in the past (and that Noel Gallagher’s High Flying Birds have made the list this year) – one cannot help but think that things could be much, much worse.