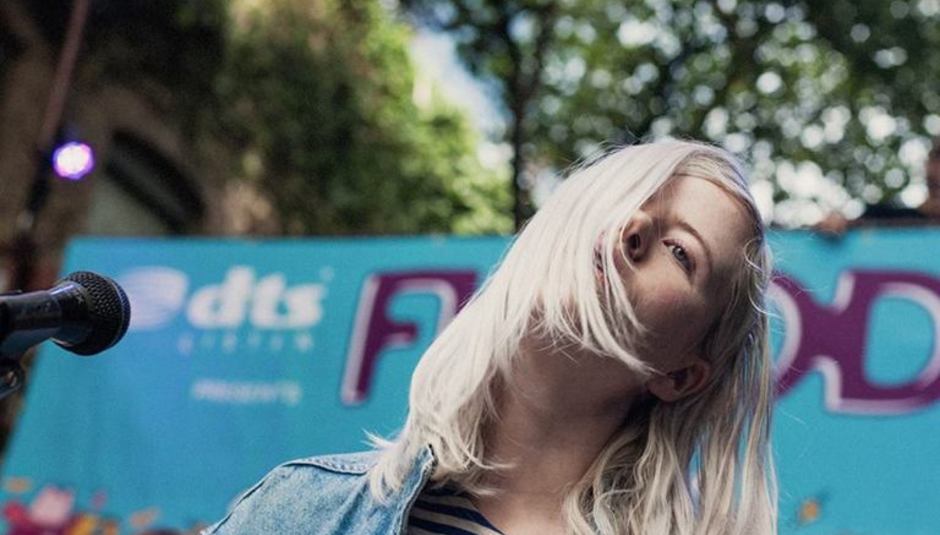 Next week, Drowned In Sound heads over to the city of Groningen for the 2017 edition of Eurosonic Noorderslag. Billed as mainland Europe's answer to South By Southwest or The Great Escape, and running for four days from Wednesday 11 through to Saturday 14 January, Eurosonic Noorderslag attracts over 4000 delegates with around 300 artists set to perform across numerous venues in the city. In the daytime, its conference program will host more than 150 panels and workshops, while several awards ceremonies are also set to take place including the European Festival Awards.

With so many great artists from all over Europe set to play this year's event, DiS has picked out the ten we're most excited about seeing.

Having initially set eyes on Annelotte De Graaf's Amber Arcades alter ego at this very event last year, they're back in 2017 as one of Eurosonic's main attractions. Debut long player Fading Lines featured high in many end of year lists including a coveted spot in Drowned In Sound's 16 Favourite Albums of 2016. Having been demoing new material towards the end of last year, expect some of those songs to feature in the set.

Anna Meredith has established herself as one of the most uniquely innovative musicians in recent years. Also a producer and composer of equal merit, her fusion of classical music with both electronic and acoustic pieces make for some of the most original sounds unleashed this decade. Debut album Varmints came out last year on Moshi Moshi and won the coveted Scottish Music Prize. Not to be missed!

This Vienna-based four-piece have been making grandiose alt-rock in the vein of The National or Editors that's built for stadiums since 2013. Debut LP We Colour The Night marked a busy and successful first year of the band's existence. Since then, they've put out a critically acclaimed EP entitled Skin at the tail end of 2015 and are gearing up for the release of their long awaited second album later this year.

This Belgian five-piece put out one of 2016's finest debuts in the shape of Space. Comparisons with the halcyon era of Creation Records and 4AD aren't too wide of the mark, with the band's influences including the likes of My Bloody Valentine, Swervedriver and the Cocteau Twins. Expect their set to be ethereal but loud!

This collaboration brings together two of the Dutch underground scene's most progressive outfits in recent years. Whereas Rats On Rafts mix post-punk nuances with occasional dalliances in psychedelia, De Kift offer more of an avant-garde jazz-fuelled approach to the mix. Their self-titled set of collaborative recordings came out on Fire Records at the tail end of last year and is well worth checking out. As will this diverse meeting of creativity in the flesh.

Having first come across Siv Jakobsen at The Great Escape in 2015, this Norwegian folk singer and composer has made significant progress since. Last year's excellent EP The Lingering drew favourable comparisons with the likes of Joni Mitchell and Laura Marling while 2017 should hopefully see the release of her as-yet-untitled debut album, recorded in the latter part of 2016 with Matt Ingram and Dan Cox at Hackney's Urchin Studios.

With members originating from both Brighton and the Italian city of Bergamo, psychedelic pop trio Sonars encapsulate the true spirit of Eurosonic in every conceivable way. Their first EP Jack Rust And The Dragonfly IV came out two years ago and this year hope to release their eagerly anticipated debut album. Musically sitting somewhere between Tame Impala's mind expanding aural excursions and Ladytron's polemic electro pop, their late night set in De Spieghel should send Thursday evening into overdrive.

This Berlin based outfit can count one former member of Dead Skeletons in their ranks along with a rotating cast of guests including Moon Duo's John Jeffrey and Luis Vasquez from The Soft Moon. Their EP Tau Tau Tau came out on Fuzz Club last September and their live show is fast gaining a reputation for being one of the most explosive on the current psych rock scene.

Helsinki septet Teksti-TV 666 have earned a reputation as one of the loudest bands around thanks to their relentless effects-laden guitar maelstroms. Shoegaze in parts, krautrock in others, last year's debut long player 1,2,3 was among 2016's finest while their mesmerising live show simply demands to be seen to be believed. They're also playing two sets here at Eurosonic which means there's little excuse for them to be missed!

Having formed in 1994 and released seven albums to date, The Gift aren't exactly new kids on the block. Nevertheless, their unashamed love of theatrical chamber pop tinged with an array of sounds from ambient interludes to discordant electronica make them a must-see here. Brian Eno and Flood have just finished working on their soon-to-be-released eighth album which gives some indication of the high regard they're held in.

Here's a 50 song playlist featuring many of the artists playing at this year's festival.

For more information on this year's Eurosonic Noorderslag festival visit the official website.