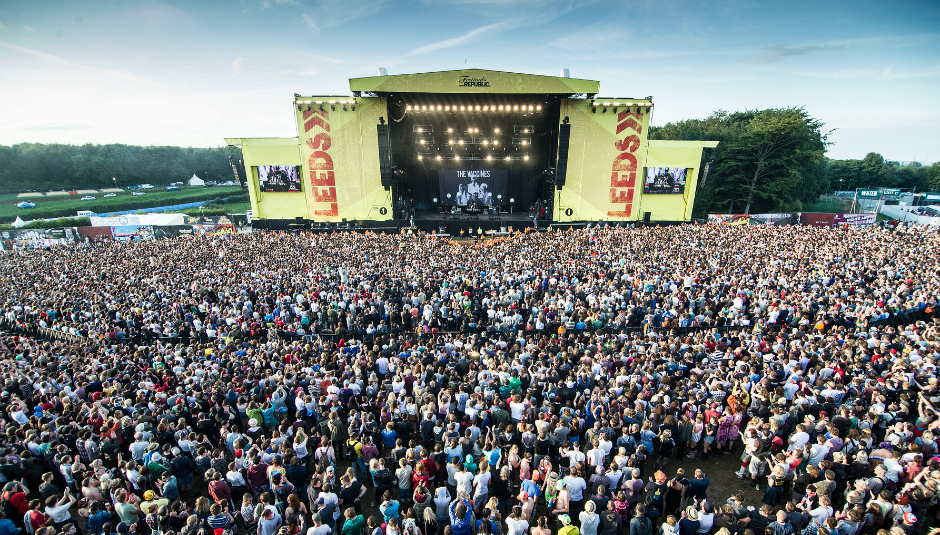 Leed Festival is back this weekend with three-and-a-bit days for you to drink cans of Strongbow, chat up strangers and (for some) totally forget those A-Level scores. Yeah, the festival attracts a younger crowd, but the lineup is strong this year and you’d be daft not to poke your head into it. So without keeping your here all day, these are the reasons we can’t wait for Leeds Festival 2016.

We all have this argument about two-site festivals but there’s simply no argument here. Biffy Clyro even said it was a better party atmosphere at Leeds, so there. The reason being, no noise constraints given by the location of the festival means we can keep going until 6am when people at Reading are huddled round their smartphones listening to music.

Foals take the top billing at Leeds after their not-so-secret set last year and it should be a sight to behold. Anyone who saw their arena tour earlier this year will tell you they’ll have no problem filling those big shoes.

I mean, this is going to switch a lot of people off, but I don’t see how you can’t be excited for Boy Better Know. A collection of grime’s finest that I wouldn’t grumble at taking one of the headline slots whatsoever. They were also fantastic in 2015 here at the festival.

Return of the Biff

Sure, Biffy Clyro aren’t the most creative booking you’ve ever seen. But they’re still going to be an incredible headline act. Latest album Ellipsis swelled their ranks considerably and they’ll be able to put on a very different show from their previous headline set here. Plus, it’s Biffy fucking Clyro at Leeds. This is basically their home.

Not matter what you think about the ascent of Blossoms, it’s certainly going to be fun watching the NME stage trying to contain them in their early Sunday afternoon slot. A return in 2017 to a high profile main stage slot seems inevitable, but if you can squeeze in make sure you catch them put the exclamation point on a ridiculous year here.

Just one slot below we’ve got Whitney. A combination of Smith Westerns and Unknown Mortal Orchestra who have become far more than the sum of their significant parts. They released their debut album Light Upon the Lake in June and pretty much everyone said it was good, so there. Go watch them.

I’ve been waiting for quite a long time to see Hannah Wants perform and have been blocked by circumstance on numerous occasions. This won’t be a problem at Leeds. She’s doing a late night slot on the Relentless Stage on Saturday and it’s going to be phenomenal.