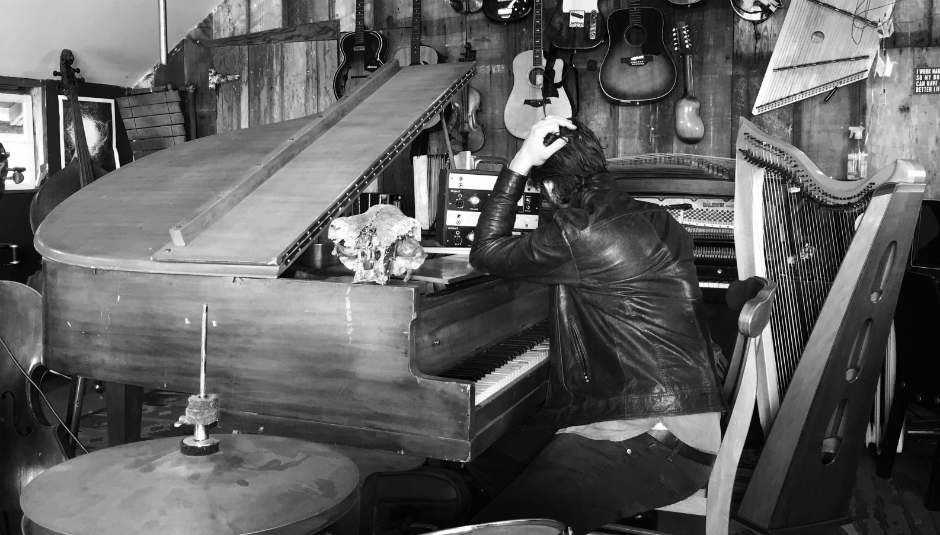 A couple of years ago, I was drawn to the music of William Ryan Fritch by DiS’ editor, Sean. He posted a link to his album Leave Me Like You Found Me, and ever since then, I’ve been wrapped up in his unique sonic world.

It’s a sound born of desolate, dusty highways, baking in brutal American heat. Chamber pop orchestras sweeping in from an alternate 60s, teetering on the brink of distortion - drums clattering, honey dripped choirs cooing over broken organs and gently swaying string sections. It basically doesn’t really sound like anything else around at the moment.

It’s with great pleasure that we can present to you a brand new video from Fritch, the visual accompaniment to a track from his latest record, Clean War, which was actually a kind of compendium album to his other release from this year, the stellar New Words For Old Wounds. He’s nothing if not prolific, as his current release archive is sitting pretty at a healthy 23 records - a large chunk of them released on the ever-brilliant Lost Tribe Sound label.

The video, as described by director Mario Furloni, plays with “a feeling of obsession and loss of control”, and was shot over one weekend at Will’s converted-water-tower home and studio in California. Enjoy.

More information on Fritch's work and releases can be found on his official website.