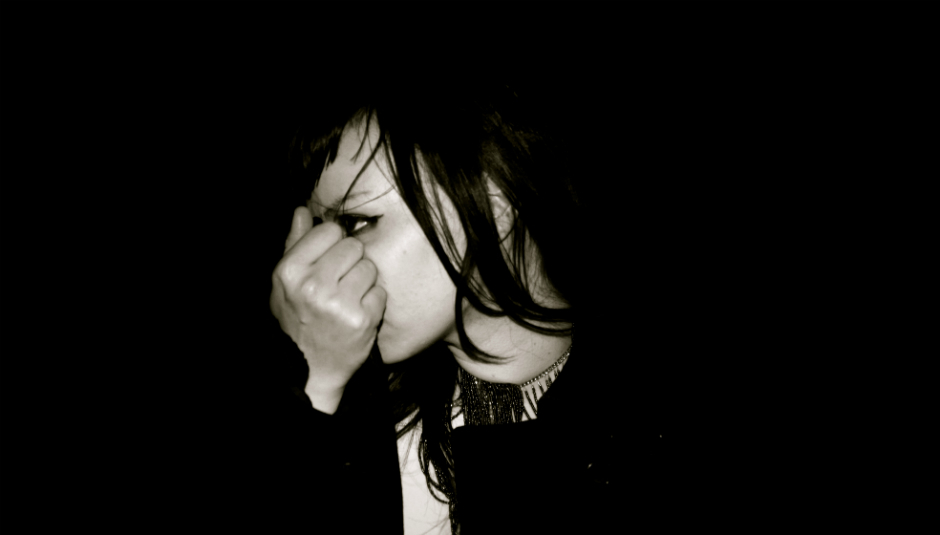 It’s never easy stepping away from the limelight, pursuing something else entirely, and trying to re-enter the music world on your own terms. But that’s precisely what Hilary Woods has done – and with some aplomb. You probably know the Dublin-born musician and visual artist from her time spent as bassist in JJ72, the acclaimed indie band who burned brightly – and sadly, all too briefly – around the start of the millennium. Since hanging up her bass, she’s studied fine art, taken up painting, had a daughter, read English Literature at college, gained a Masters in Film from Trinity College Dublin, and found the time to hone her creative writing skills.

But music proved to be too strong a lure, and in 2014 she released her debut EP Night to critical acclaim as part of her performance art piece/ filmic installation in the Tiger Dublin Fringe Festival. She’s now back with a second EP, the magnificent Heartbox, which was released earlier this month, and Drowned In Sound is delighted to premier the stunning video for new single ‘Sabbath’, a song that showcases her “sonic nordic noir” meets apocalyptic-synthgaze stylings perfectly.

We also had a quick chat with Hilary about the video (which you can watch below), her approach to visuals, and what inspires her restless creativity.

DiS:The video is stunning! What were some of the concepts and ideas behind it, and what did you want to get across?

Hilary Woods: Thank you! I wanted the visuals for “Sabbath” to be dreamy and feminine whilst simultaneously following the dynamics and journey of the song. The lyrics are personal, and in many ways the initial feelings from which the song was written set the tone and mood for the video. I wanted the visuals to retain a hushed secretive feel, and I thought to keep the video as simple as possible; two locations, traveling from light to dark, from rural to urban. The images of being in a field surrounded by pampas grass swaying in the breeze, and then playing drums in a dimly lit street just came to me, and were there from the get-go before I ever thought about seeking help with it’s making. Sandy Kennedy directed the video and did a really wonderful job in taking my concept and making it work on screen. And my friend Joshua Wright was behind the camera and did an amazing job with the edit.

For a lot of artists, the video seems to be an afterthought, but not with you. How easy is it to match the mood or theme of a song to the visuals?

There was never a: “What will I do for this video?” moment. I just went with the clarity of what I had in mind, and really appreciated that Sandy and Josh ran with my concept and came up with great ideas and solutions for making it work on screen. It was fun to make, we very much adopted a guerrilla DIY work ethic, and it was made on the tiniest of shoe strings; Sandy spent maybe a tenner on some netting for an overlay idea she had in mind, whilst I spent about two euros on three smoke bombs. That was the height of the budget, spent.

What, if anything, do you bring from your studies of painting and fine art to the process of making a music video?

Well, I love film and I always start making things (whether they be visuals or songs ) with a particular mood or atmosphere in mind. Thinking on the spot and being inventive within the confines of having next to no money, and using whatever materials that are lying around, are definitely traits I’ve carried over from when I first set out painting on scraps of wallpaper I’d find in a skip. We used our car lights to light the street when we ended up in Dublin’s inner city at 1am in the morning to shoot the second half of the video…and had to be mindful of car batteries and so on. It was fun.

The tracks you’ve released thus far are very different to your work with JJ72; what inspires you musically?

Lots of stuff inspires me, it changes all the time, I go through phases of listening to stuff depending on what I’m looking for. I tend to listen to the same record nonstop for weeks and then change tack. Currently I’m listening to a concoction of Smog, Doo-wop and Deerhunter! I’m also loving Weyes Blood and cherishing a collection of medieval folk songs that I just found randomly whilst clearing my garage.

Obviously, you have a lot more freedom as a solo artist, but is it also more daunting, knowing that 100% personal, and having no-one else to bounce ideas off?

I’d say I experience it more as liberating. Yeah, it’s personal, but if it wasn’t, I wouldn’t be doing it. There’s no better feeling than to just go with your gut on something even if it feels a bit daunting to begin with; it’s a buzz. As for bouncing ideas, yeah being a solo artist is an entirely different kettle of fish to being in a band’ it’s a very different process. Sometimes I think it requires a lot of patience…I get impulsive, I empty my trash folder a lot.

For a while you played in various other bands and with other people. Was it always your intention to go solo, or more of a case of you couldn't find what you were looking for with other musicians?

No, the decision to go solo dawned on me slowly. It was possibly to do with having the confidence to do so. I was also really busy with raising my daughter, and doing nixers to pay the rent, and then being involved in various projects and other bands around the city. It just came to a point where I really wanted to concentrate my time and energy on my own songs, so that’s what I did.

A lot of people who play in bands and enjoy success when they are young end up leaving and drifting away from music , never to return to it. What brought you back?

What brought me back was music itself. Music has always been in my life to varying degrees. When I left JJ72, I never had any intention to stop playing, I just knew I wanted out and to see what it was like to do other things. As time went by though, I started to miss playing. I’d pick up other instruments and make stuff up and chip away at little ideas. Once I thought about recording them, there was no going back!

You've done two EPs now; what does the future hold, and what are your ambitions for yourself musically and artistically?

I’m in the very early wondrous stages of making an album. Prepping to record, and I’m excited about that. I’m looking forward to playing some festival slots later in the summer too. As for ambitions; I’m ambitious in so far as I know I want to continue making music, music that inspires me to carry on doing what I’m doing.