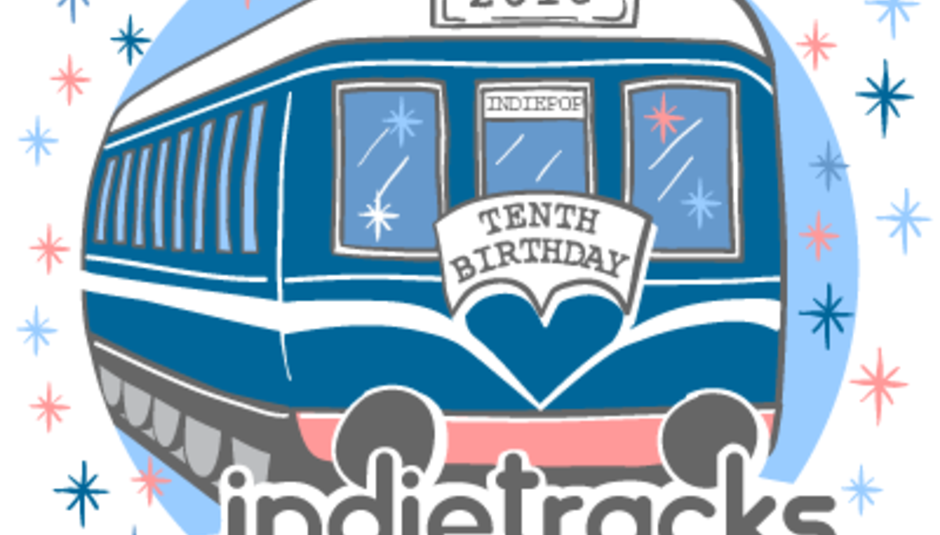 Indietracks celebrates its Tenth Anniversary later this month, and DiS will be there to join in with the festivities. Situated at the Midland Railway Centre in the Derbyshire village of Butterley, Indietracks has established itself as one of Europe's leading niche, boutique festivals. Specialising predominantly in all things C86 related via the wider spectrum of indiepop, previous headliners have included the likes of Teenage Fanclub, Edwyn Collins, The Wedding Present, Los Campesinos! and The Pains Of Being Pure At Heart.

This year's event takes place from Friday 29th until Sunday 31st July, and tickets can be purchased here priced £79 for the weekend or £41 each for single day tickets (Saturday and Sunday only).

With so much to choose from playing across its four unique stages (a church, a converted barn, the back of a truck, and a steam train), DiS has chosen ten artists we're most excited about seeing over the course of the weekend.

Having been one of the late John Peel's favourite bands in the early 2000s, this Norwich collective split up five years ago after fourth and final album The Phantom Forest. However, after years of persuasion they've finally reunited for a couple of shows this summer, including one at Indietracks. Expect a performance that will be nothing short of riotous with songs about Steven Spielberg, boxers, and Wigan Casino, all delivered in their own distinctively punchy style.

Perhaps better known as the drummer from Veronica Falls, Patrick Doyle has since moved onto pastures new, and his new solo project Boys Forever is certainly worth investigating if recent single 'Voice In My Head' is anything to go by. Fusing dizzy surf-pop with deft melodies and astute lyrical asides, next month's self-titled debut long player promises to be one of 2016's finest. In the meantime, catch his mid-afternoon slot here to find out what all the fuss is about.

We've been excited by this London three-piece ever since their first EP When You Lie landed three years ago. Since then, they've put out two albums, the most recent of which, Everybody's Dying To Meet You, marries the subtle vocal stylings of Rachel Kenedy with the often aggressive musical delivery of their live shows to maximum effect. Comparisons to bands like Talulah Gosh, Yo La Tengo, and the Cocteau Twins aren't that wide of the mark, although essentially Flowers maintain a particularly distinctive sound all of their own. Frankly unmissable.

Long time favourites of DiS, Haiku Salut return for their second appearance at Indietracks having first played here in 2011. Last year's Etch And Etch Deep cemented their status as cross-genre pollinating experimental specialists, continuing in a similar vein to its predecessor from two years earlier Tricolore. With a propensity to throw anything and everything in the mix whether it be lo-fi folk, minimalist electronica, and whatever else in between, Sunday teatime will never be the same again.

Nottingham-based outfit Lorna have been together for the best part of two decades, and in that time have released six albums. Their brand of ambient, lo-fi pop hasn't waned with time, as anyone present at last October's Wake Up! all-dayer will testify. Comparisons to Belle & Sebastian, Yo La Tengo, and Felt aren't that wide of the mark, and their winsome deliveries should soothe those weekend-long hangovers during Sunday lunch.

Hard to believe as it may be, Saint Etienne have been active now for over a quarter of a century, having initially got together in 1990, and yet despite their veteran status still sound as timelessly fresh as they did back then. Responsible for releasing arguably the greatest cover version of all time, in the shape of 1990's debut 45' 'Only Love Will Break Your Heart', they've put out eight albums and over thirty singles since forming, and their sophisticated dance-pop is sure to get the Saturday night party started.

Indietracks always manages to pull at least one exclusive out the bag, and this year is no exception. San Francisco collective The Aislers Set haven't played the UK since 2012, and will be making their only appearance on these shores here. Having originally formed back in 1997, their recorded output was quite prolific until taking an extended hiatus from 2003 to 2010. Since then, shows and recordings have been pretty sporadic, so this rare opportunity to catch them in the flesh should not be missed at any cost.

Although they've been active for a decade, The Lovely Eggs are still something of a cult sensation as far as status is concerned. Debut album If You Were Fruit came out in 2009 and three more have followed since, while constantly touring in between times which has garnered them a large following via word of mouth on the indiepop circuit. The duo - singer/guitarist Holly Ross and drummer David Blackwell - might just be the hardest working married couple in rock, and will undoubtedly have revellers worked up into a frenzy here too.

This Edinburgh outfit have only been around four years, yet have already made a huge impact in such a short space of time. Sitting left of the noisier axis of both the C86 and queer punk movements, The Spook School write loud and exuberant songs about sexual identity, challenging people's negative perceptions in the process. Second album Try To Be Hopeful came out last year on Fortuna Pop! and is the closest the band have come yet to nailing the intensity of their live sound. Aggressive yet informative, and downright entertaining, Friday night won't know what's hit it.

Jyoti Mishra may have one bonafide number one single to his name in the shape of 1997's 'Your Woman', but the White Town story began many years earlier. Check out 1990's self-titled seven-inch on Satya Records for further proof, particularly the flipside 'A Whisper Away', which recalls Sarah Records stalwarts The Field Mice and St Christopher at their finest. Fast forward to the present, and he's still releasing music, most recently in the shape of excellent 45 'I Wanna Be Your Ex', which ranks highly alongside anything from Mishra's extensive back catalogue. The last time he played on the steam train at Indietracks he gave us a rendition of The Wanted's 'Glad You Came', so who knows what he may have in store this year? Best make sure you're on that platform early if you want to find out, as this will be very busy.

Here's a playlist featuring 50 artists who've played Indietracks over the past decade.

The full schedule and running order can be found here.