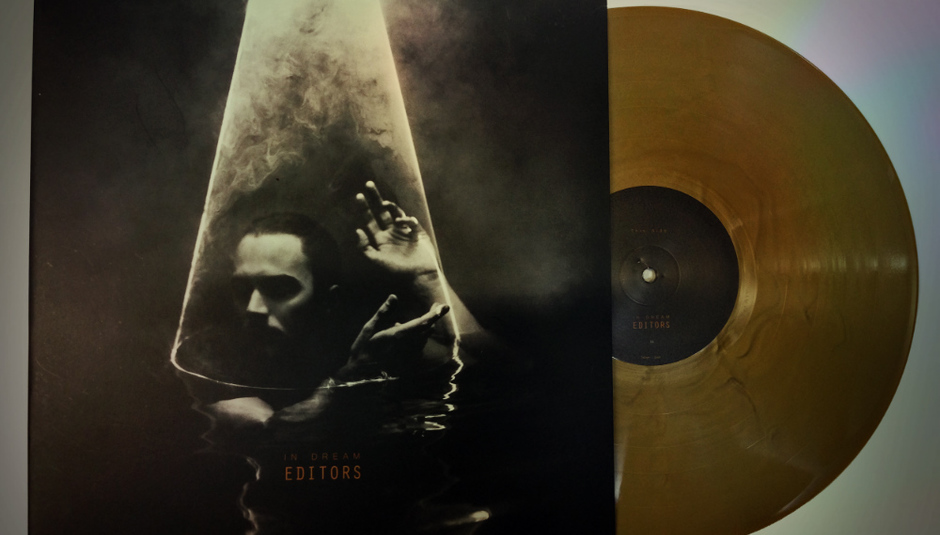 Ahead of the release of their 5th studio album on Friday (Oct 2nd 2015), DIS is very pleased to premiere a sampler of Editors' In Dream.

It's a defiant set of dark anthems, that echoes classic broody British acts (Simple Minds, New Order) with a modern post-Kid A twist.

Pre-order your copy of In Dream from editorsofficial.com.

It's the band's first self-produced album - although they called in services of one of the world's greatest mixers, Alan Moulder (Depeche Mode, Smashing Pumpkins, MBV, Foals, Interpol, etc, etc) to complete the work they'd done in Crear, which is up Scotland's Western Highlands.

The track 'Ocean of Night' features Slowdive's Rachel Goswell on guest vocal duties, which is the first time they've ever had a guest on their album.

The LP will include 6 x 12” prints and is pressed on gold vinyl. The art prints come from a collaboration with Iranian photographer and visual artist, Rahi Rezvani. However, unlike a lot of modern photography, there's no post-production trickery involved in his work, instead he opted to put the band in water tanks and fired lasers at them!

The collaboration didn't end there: Rezvani, also directed the videos for the band's tracks from the album. Here are the vids that have appeared online in the run up to the release:

The album is released on Play It Again Sam Recordings on October 2nd 2015. Pre-order your copy of In Dream from editorsofficial.com.