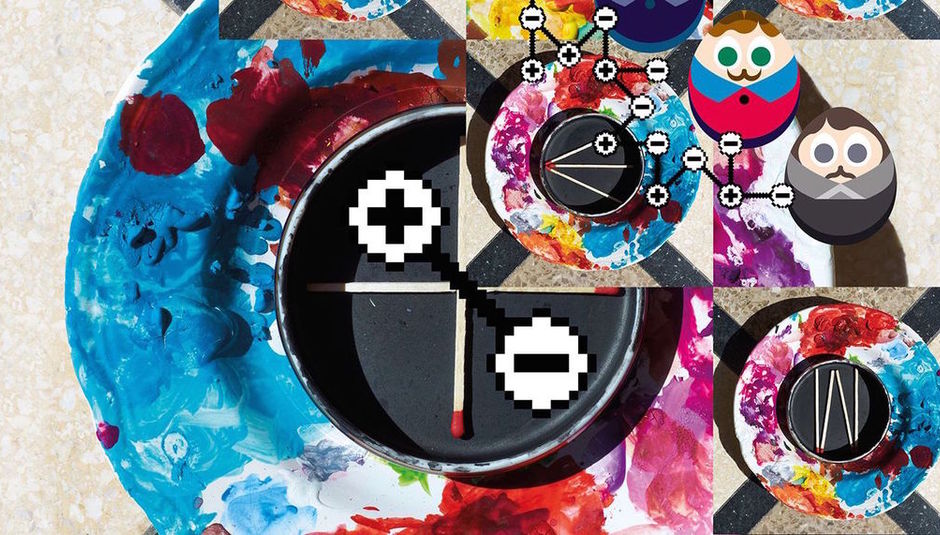 Danish cherubic-rockers Mew have been DiS-favourites since the site began, so it is with a great deal of excitement that we today stream their long-awaited new album +- (released on 27th April through Play It Again Sam), and confirm that they are headlining our stage at The Great Escape festival in Brighton next month.

If you're new to the party, you're in for a treat. Their music mixes the dizzy whirl of pop and has some odd prog-metal undertones. Although this is metal in its most fragile, spaceship-carcass hurtling toward the stars kinda metal (it isn't very much at all, but there's 'something' beyond art-rock languishing in their architecture). You could say they are the Scandinavian Flaming Lips, such is their cult-like legion of fans. You could say a lot of things but with their sixth album +- they've delivered something that words struggle to do justice.

What we can tell you however is that Russell from Bloc Party plays guitar on 'My Complications', Gotye's buddy Kimbra sings on 'The Night Believer' (and does backing vocals on 'Water Slides' and 'Interview The Girls'), plus there are plenty of huge sing a long oooohs, and some classic Mew-moments. The album was produced by Michael Beinhorn, who previously worked with Mew on And the Glass Handed Kites, and his production credits include Celebrity Skin by Hole, and Marilyn Manson's Mechanical Animals.

Jonas from the band had this to say to introduce the album:

The album is called + - some say because it’s a kind of battery of feelings and tones and on this one each song is its own thing, it’s a string of songs with a lot of diversity. It’s about life, it’s a kind of celebration of all the dark and light things we go through in the fragile shells that host our souls.

Speaking to DiS, he also suggested:

To me, to put a word on it, it’s quite extrovert. It’s celebratory and a very direct album, especially compared to the last album we did which was really, more, atmospheric.

+- is released on 27th April through Play It Again Sam. Pick up a copy here.

Read our interview with Jonas about +-.

As we mentioned in the opening sentence, Mew will headline our stage at the Great Escape Festival. We'll be at The Old Market in Brighton on the Saturday night (more info).