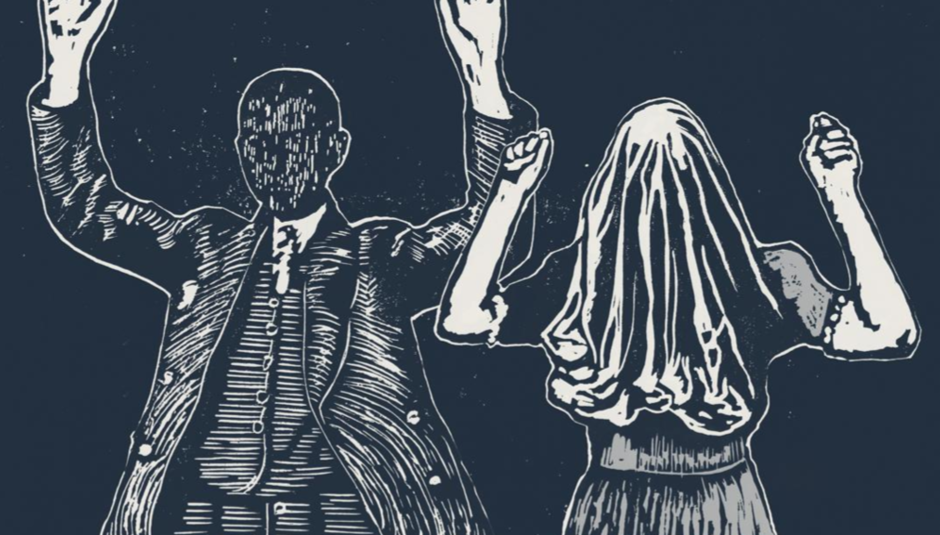 To say that DiS loves gloom-shattering Scot's The Twilight Sad, would be a bit of an understatement.

Call us predictable, but a bunch of world-weary men making euphoric, intense, melodic, poetic and late-late-night dark-night-of-the-soul shoegaze gone rogue-pop is 'music we like' in a nutshell. Throw in the fact that they have that exotic (to my South Coast dwelling ears anyway) Scottish burr, and you've got the recipe for a band we love. And since their incredible debut LP seven years we've championed the band, inviting them to perform whenever we're asked to curate a festival stage or book a show, and now they've delivered a new record to further underscore why we - and so many of our readers - adore their hefty 'rock'.

With their new album, Nobody Wants To Be Here And Nobody Wants To Leave, our love has turned into that dangerous kind of love. In fact, restraining orders may be in order, as Dan Lucas has awarded their new album 10/10 and our editor (er, that's me!) thinks this dark-hearted opus should be an eleven outta ten, placing the band up there in the DiS canon with The National, PJ Harvey and Deftones.

In his review, Dan said:

The Twilight Sad gave birth to one of the greatest British debut albums in living memory. That was in 2007 and just seven years later they’ve given us an indication that they could attain greatness on a par with MBV or The Jesus and Mary Chain. Hell, carry on like this and we’ll be comparing them with The Cure.

Rather than blathering on any more, we should probably leave you to have a listen to see what all the fuss is about - but first, we should warn you that the band will be taking over the site for the day next week, so keep your peepers peeled on our Facebook and/or Twitter for details of that:

Please note: We urge you to put it on loud in your headphones or speakers, rather than passively listening to this complex beast.

Nobody Wants To Be Here And Nobody Wants To Leave is released on Monday 27th October. Pre-order your copy from thetwilightsad.com. The band won't get a penny for you listening to the above, so the very least you can do if you enjoy this is forcibly introduce a friend/everyone you know to this oddly under-rated band.