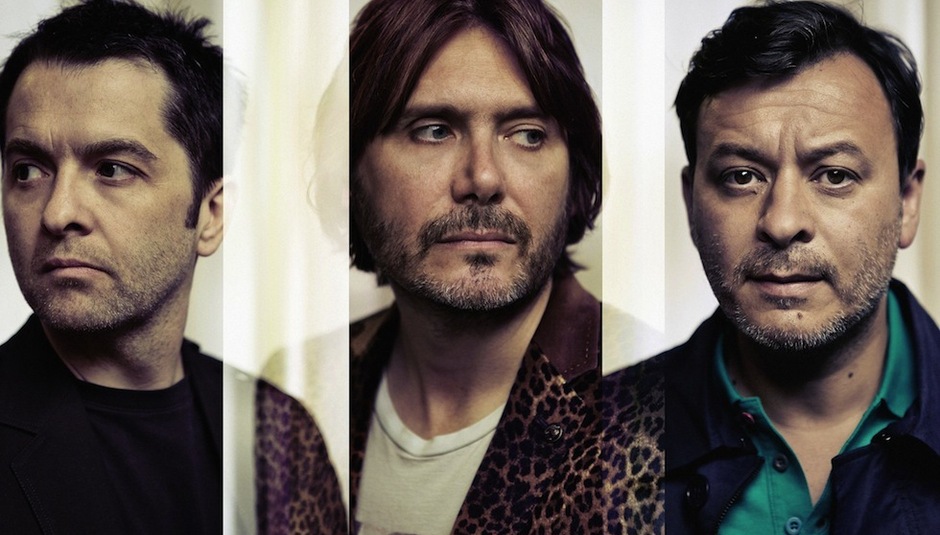 Is supporting the Manics the most difficult occupation in rock?

Manic Street Preachers head out on tour next week and they've announced several DiS favourites among their supports. Eagulls, whose self-titled debut recently got awarded 9/10 on the site, first wave post-punk outfit Scritti Politti and The Twilight Sad have all been confirmed as openers on various nights with more support acts to be announced imminently.

However, opening for a band like the Manics may sound like a dream come true, but as esteemed artists such as Mogwai and Ian Brown will testify, it can also be one of the most difficult occupations in music. Having built up a loyally devout fanbase over the years, it's fair to say not all of them are that open-minded when it comes to accepting their heroes' support bands. Mogwai's stint on the This Is Our Truth Tell Me Yours tour springs to mind, one show at Stoke's Trentham Gardens in particular. Mogwai Young Team had come out just a year earlier to a fanfare of adulation from the music press, largely because their unique sound was unlike any other heard before. Unfortunately, that did little to quell the restless natives at the front of the stage who spent their entire set pelting them with plastic pint pots and anything else they could get their hands on. To the band's credit, they soldiered on regardless, playing epic sets night after night in the face of audacity.

Likewise Ian Brown on the band's Forever Delayed Greatest Hits tour four years later in 2002. Having remixed the band's 'Let Robeson Sing' in 2001, he seemed like an obvious choice to share a stage with Messrs Bradfield, Jones and Moore. Except to the hardcore devotees that is. Every night, taking the stage against a barrage of abuse seemed to manifest itself into a full scale war between Brown and the band's fans.

Rewind even further to the summer of 1993 and the Gold Against The Soul tour. The first show at London's Marquee venue having been initially billed as a "warm-up" saw arguably two of the most uncompromising, out of kilter acts to ever feature on a Manic Street Preachers bill. Teenage hip hop outfit Credit To The Nation - whose best known song 'Call It What You Want' was built around a sample of the riff from Nirvana's 'Smells Like Teen Spirit' - and Leeds agit-punks Blaggers ITA were the openers, and it would be no exaggeration to say both went down like a proverbial lead balloon.

Nevertheless, there have also been some memorable support slots for the right reasons too. The Wildhearts being one band whose shows with the Manics around the Generation Terrorists era were often as explosive as the headliners, while Feeder and Super Furry Animals impressive performances at the Manic Millennium event in Cardiff also take some beating. The likes of Suede and Razorlight (come on, admit it, their first album is actually quite good) also cut their teeth on bigger stages opening up for Blackwood's finest.

Whatever the fan from arguably the most partisan fans in rock, DiS expects the shows to be among the band's most memorable. We're also delighted to announce we'll be covering various shows throughout the two-week long jaunt, with a mini tour diary feature set to run next month.

In the meantime, check out our playlist highlighting 30 bands who've supported the Manics:-

Anyway, back to the present. Set to release a new album Futurology later this year - their second in the space of twelve months - the Manics have been dropping hints on Twitter as to what fans may expect the setlists to consist of, with 'Yes', 'Of Walking Abortion' and 'The Intense Humming Of Evil' all being mentioned as having been rehearsed in recent weeks. The band's much celebrated third long player The Holy Bible is twenty years old in August and rumours have been circulating for a while that this tour could heavily feature material from that record. The UK tour starts in Leeds on 28th March before finishing at Brixton Academy on 12th April. They then embark on a run of European dates throughout May before hitting the festival circuit, including a double header at V Festival on 16th and 17th August.

Those UK tour dates in full:- 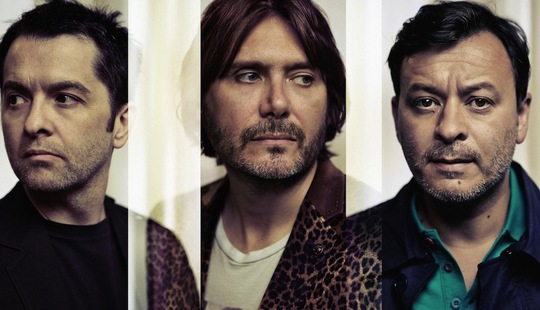 Atari Teenage Riot, The Field, Of Montreal + more confirmed for CC14! DiS are curating a night too!