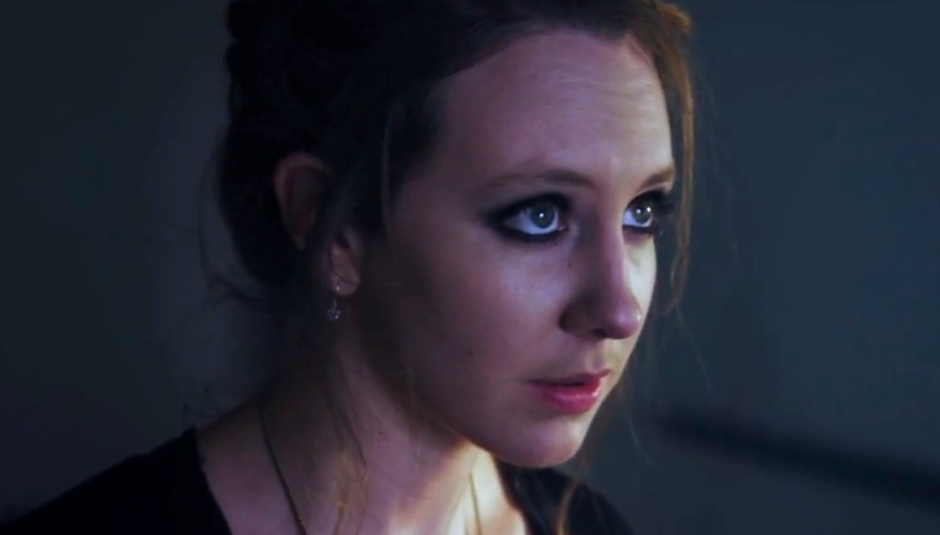 Following yesterday's review of her debut album in which Marc Burrows said various positive things such as "Like El Perro Del Mar’s Pale Fire, or even the National’s recent Trouble Will Find Me this is a record that allows you to drift," (we've included the stream below), DiS is very pleased to present the premiere of the new video from Lyla Foy:

What's that all about then? Video director Oscar Hudson explains:

We shot the video over 2 days in and around an old abandoned chapel in south London. As always, the shoot turned out to be a chaotic mix of good fun, military precision and desperate improvisation. The footy hooligans (believe it or not) are not real hooligans. We did have some genuine hooligans booked to feature but, perhaps predictably, they backed out with about an hours notice. Fortunately though we managed to draft in some hungover chaps we found at a nearby house who were up for throwing some chairs about and having a bit of a ruckus.

Mirrors the Sky was released yesterday in the UK via Sub Pop and is out today in the US. Stream it in full for a limited time via Soundcloud:

As we said back at the start, the album had a great review, in which Marc Burrows said things such as:

"Like many delicate works there’s a deceptive, mood-stone quality at play here and your experience of the record will depend on what you bring to it. You can float on the sunny surface or you can allow yourself to sink into the detail, where there’s a little more sadness waiting for you."

Is supporting the Manics the most difficult occupation in rock?