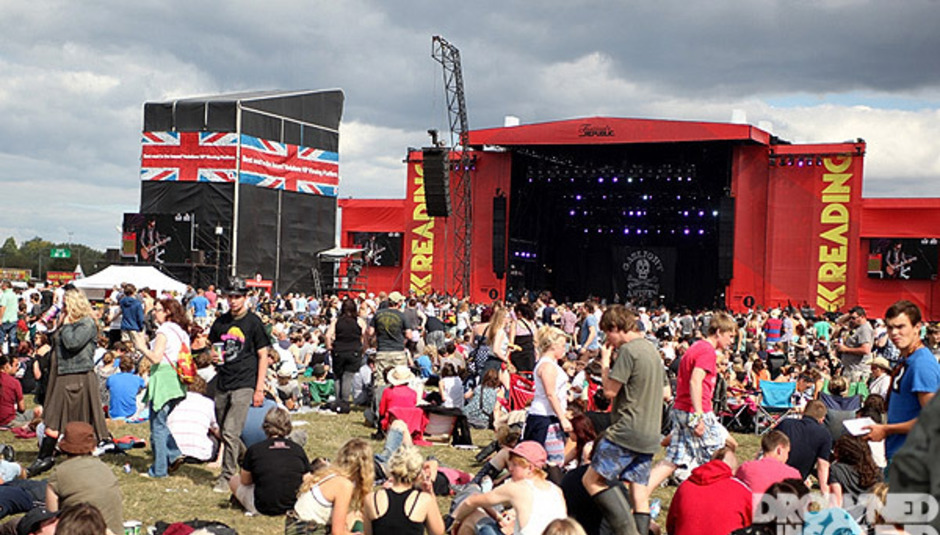 This weekend, blowing in the Berkshire breeze (and echoing around Yorkshire) will be the annual cacophony of kick drums burps, thunderous bass, and men grunting 'aaarrrgghhh yewww ready Red-DINGGAAARRGGHH!!!'. Amidst the wiggly riffs and incessant tsh-tishing of symbols this year's Reading (& Leeds!) Festival line-up seems to have a helluva lot more bowel-bothering EDM-ish stuff, but this shift away from 'Reading Rock' (as it was once known) hasn't seen much of a dip in the quality of the line-up. Sure, there's a bit of a groundhog day feeling to some of the main stage headliners, but rummage beneath the surface (the mega-long Spotify playlist we've compiled below is handy for that) and you'll find that there's a lot to discover.

Before venturing off to drink 'some beers' in the shade of the Radio 1 tent, DiS has put together this preview of what we're most excited about watching this weekend just in case, y'know, you're going and don't have these acts on your must-see list.

BBC Reading & Leeds - The BBC will once again be broadcasting from the festival, and DiS will have highlights online this weekend.
Official Reading Website - all the info you could need, plus it should have stage times when the event begins.
Official Leeds Website - ditto.
Reading Clashfinder - an unofficial app, with some of the stage times, however they can often be guestimates, so you're best off checking official sources on the day.
@seaninsound - follow me/DiS' editor for some updates and any news from the site this weekend

Chosen by DiS' Editor. Please note that any confirmed stage times are subject to change.

Reznor is back from a brief retirement (which involved winning Oscars and Grammy's, and making an album with his wife...) and he's not mellowed a jot. This time around he seems to have found some seriously euphoric arpeggiated synth lines, but the cutting edge of his axe is sharper than ever. Meanwhile, it still remains unclear why Biffy are unfortunate enough to go on after the greatest live band of our generation. Be ready to screaming "'Mon the Biffy!", because they're really gonna need it after this! Reading Main Stage: NiNday (Sunday) - 20:00

If it wasn't for the return of NiN, Deftones would top this list. They're the perfect Reading band, in much the same way that Coldplay are the perfect Glastonbury band... Heavy enough to generate circle pits that stir dust clouds into the grey skies, but with a grace that off-sets the intensity. Few acts have the power and prowess of Chino & co... and let's not get into how their live show has that Prince-like purple haze of sex.
Reading Main Stage: Friday - 17:55

Expect rowdiness, swearing, acoustic guitars causing arms aloft euphoria and - despite the fact they're massive in America, Scotland and with the LondonMetropolitanElite - people tapping you on the shoulder asking 'Mate, who's this? They're bloody brilliant!' Expect them to follow their country-men Biffy and find themselves headlining Reading before this decade is over.
Reading Radio 1 Stage: Friday - late afternoon

In recent times, few new bands have filled my social media feeds with as many 'WOAH! have you seen these guys live yet?' as Parquet Courts. Their songs rumble along, like a jittering, stuttering, cresting wave that threatens to crash, not unlike Patti Smith's 'Horses', Television's 'Marquee Moon' and Jonathan Richman's 'Roadrunner' being occasionally bludgeoned by scuzzy guitars.
Reading Festival Republic Stage: Friday - early afternoon

Back in January Irish wunderkid Conor O'Brien released {awayland}, a bandier follow-up to his introspective debut. His live show has grown into a beast with wingspan large enough to hug the back row. If you haven't been swept up his vivid lyrics and bottom-lip shuddering songwriting, be sure to get yourself somewhere in front of the sound desk with a cold beer on Sunday.
Reading Radio 1 stage: Sunday - early afternoon

A few years back, DiS named Phoenix's Wolfgang... album of the year, and then they went away, befriended R Kelly, and came back with a flashier sound and strobing videos. Having seen them at Primavera, we're happy to report that their live-show is eye-botheringly epic (hopefully they bring the massive backdrop screens to Reading!). Unbelievers beware, Phoenix will sweep you up in their joyful synths and summery-riffs, and have you dancing your cynicism away.
Reading Radio 1 stage: Sunday headliner

These Australians are Reading veterans. If you love The Clash and feeling like a riot could break out before the show is over, and have never see them, well, you should see them.
Reading Lock Up Stage: Friday - penultimate act

Don't be put off by the fact that Tom Watson MP loves them (well, he does follow DiS on Twitter and dislike Rupert Murdoch, so he's clearly a man of fine taste), as they're one of the most thrilling new British live bands for quite some time.
Reading Festival Republic stage: Saturday - mid-afternoon

Imagine a skate-punk band who grew obsessed with Sonic Youth and Fugazi, but still want the balance of what they do to be more about adrenaline, rather than 'art'. Or imagine if No Age stretched their songs into billowing face-bashers... Live, they're intense and bound to be a highlight of the weekend.
Reading Festival Republic stage: Sunday - early evening

Here's a selection of tracks from acts on this year's bill to get you in the mood for this weekend's festivities (please note a few acts, such as Hookworms and Dutch Uncles, are only playing the Leeds leg of the festival).

So, who are you looking forward to seeing?