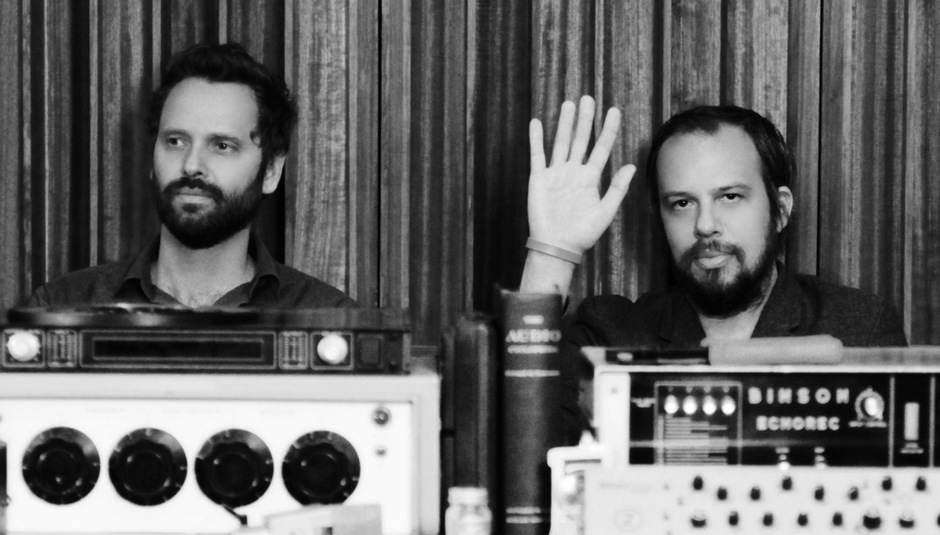 A Winged Victory For The Sullen follow up their gorgeous debut album by collaborating with Wayne McGregor for a series of special dates this autumn.

McGregor is Royal Ballet resident director, but is best known to many in the music world for his work with Radiohead on their 'Lotus Flower' video, and most recently for the new Atoms For Peace video 'Ingenue'.

While rehearsing his latest dace work Atomos, McGregor was listening to A Winged Victory For The Sullen's self-titled debut album. McGregor contacted Adam Wiltzie and Dustin O’Hallaran (aka A Winged...) and asked them to to provide the score to his new sixty-minute fulllength work Atomos. They agreed.

Atomos will have it's world premier on October 9-12th at Sadler's Wells in London, at which Adam and Dustin along with their string ensemble will be performing the score live, before Wayne and his famed Random Dance company take the production on a world tour for the next two years.

A Winged Victory For The Sullen will perform a string of warm-up dates in the first week of October throughout a few select towns in England, leading up to the premiere of Atomos, before taking a 3 month self imposed break from each other, so that Dustin can start work on his next solo effort, and Adam can continue work on the upcoming release by the long lost Stars of the Lid.

The duo made the following statement:

"The nature of this project has invariably guided our compositions into a strange world we did not create. We are really testing the ability to leave vanity, and the safety of our whole notes in the closet. It seems quite fitting that our next musical output is also our first foray into dance with this lovely human being, from that island across the pond, Wayne Mcgregor. We continue into the unknown." – Adam Bryanbaum Wiltzie & Dustin O’Halloran

Tour dates are as follows