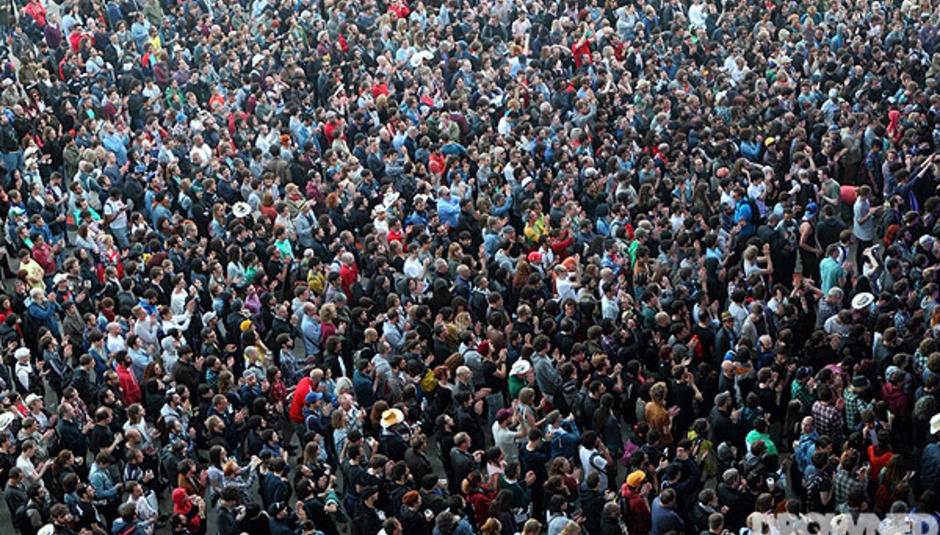 Music moves so fast. Attempting to keep up is futile. Leave your keyboard for ten minutes to make a cuppa and you'll be lightyears behind on the latest clusterfuck of buzz.... Then again, if you actually listen to most of the blog-bumph, you'll soon realise that the ten acts a day that churn to the fore seem to do so off the back of little more than some impressive production (or what I like to call laptopiary). Each and every day, this rapid-fire wave of excitement dissipates into a stream gently lapping a riverbank, not totally unlike a collective shrug of shoulders that signals it's time to move on to the next click-worthy track. Thankfully, as soon as something is rinsed of its soul and dismissed by the hipsterarti (or an entire scene is deemed to be "over"), the hype-chasers can leap toward the next gust of hot air and repeat this process until it's time to compile their me-so-cool end of year listicle filled with young blood that's so fresh you can almost smell the placenta... The whole process will then reboot with gusto in the new year, and you'll feel ever more behind on the current crop of music until you reach a point that you decide to pull so far back from what's coming out that you end up listening to Neil Young, Mozart, and little else.

Here at DiS, we feel your pain. That's why we like to take our time before shoving music in your face and demanding you 'listen to this hot new demo, right this very second!' We take a breath before considering sharing something that hits our inbox. Like lust and true love, we know that what might seem impressive on first listen, will probably have little thrill thirteen listens later.

Flicking through most of our coverage, it should be pretty easy to tell that we're more interested in whether the songcraft is any good and whether everything coaleses to become something bigger than someone singing atop of some sounds. Y'know, something that makes you reflect on your mortality or get totally absorbed in its rhythms, rather than whether it's 'relevant' or if their haircuts are nazi soldier enough... It might not always seem like it through the fug of fandom and thug-like takedowns of demi-gods, but we do attempt to keep the quality levels high with what we throw out into the ether (that's why we've focussed our meagre resources toward album reviews and the conversation on our community, rather than running festival line-up rumours and endless embeds of bands you've never heard of as 'news'). These high standards are particularly important with the choices of music we shove into our (and your) hearts, minds and ears...

It is with all this manifesto-ish guff spinning in our heads that we share this playlist of seventy tracks that DiS' editor and contributors, as well as many of you dear readers, have loved so far this year.

25 Singles of the Half-Year

DiS singles columnist Rob Leedham has compiled his favourite singles of the year so far featuring plenty of YouTubes.

Recommended Albums of the Half-Year

We're just compiling a list of some sort, but you can't be bothered to wait (or if we don't get around to it for some reason), it's safe to say that our Recommended Records section has enough to keep you busy and eating into your overdraft.

The DiS community are incredible knowledgeable, and know what's going on in far more genres of music than you'd imagine. They've been sharing their albums of the first half of the year here but if you'd like to dive a little bit deeper into a particular genre of music check out the various rolling threads.