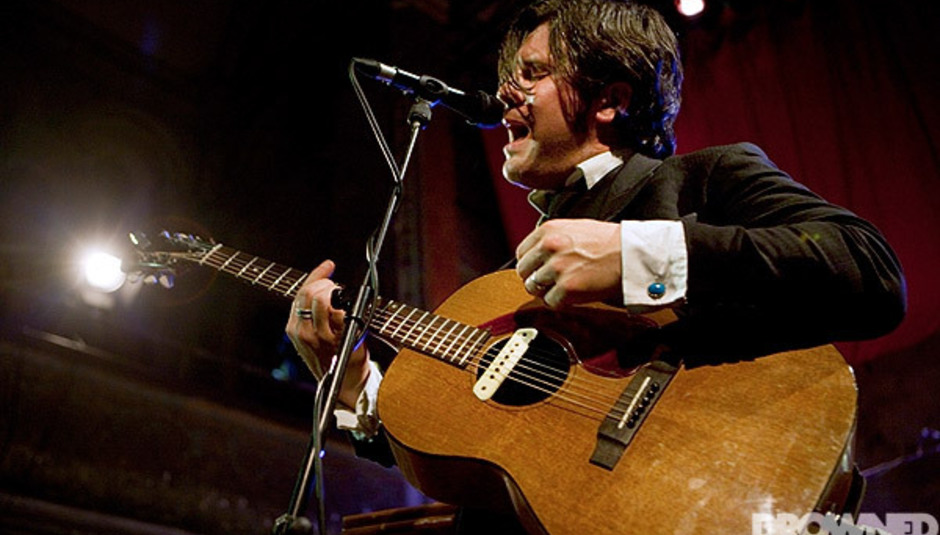 Before we get our teeth stuck in to 2013, we asked some of our favourite artists what some of their favourite albums of 2012 were. In the previous part the likes of Sharon van Etten, Yeasayer and School of Seven Bells shared their picks, and you can find those lists, alongside our albums of year lists and more, here. Here are five more of our favourites, sharing the five albums that touched, shocked and thrilled them in 2012...

I loved both ep's from last year. Luxury Problems rearranges familiar sounds into something unique and beautiful.

The best moments from every type of music played on top of a wailing guitar solo. Too much of a good thing for 30 minutes.

Like being witness to a project unfold and reliving the hazy details when listening back to the evidence.

Representing Reseda, the audio evidence that the Valley is now where it's at. Acid music stuffed through a Valley filter where all the real grime and guts tend to hide out.

Ed's sixth studio album was recorded in just six hours at Abbey Road and is due for release on February 25th 2013.

Hansel. So hot right now. Hansel.
As a jetsettin' playboy, this has replaced Brian Eno as my soundtrack in airports.

She could come from any era, unlike anyone I've heard, an old head on young shoulders. Looking forward to seeing what she does next.

I've lived with these songs for quite a while now, having organized the live event at Rough Trade east and they've become my adopted children so to speak. A charming idea that goes back to the core. Cynics may see it as a marketing ploy or some anti-download political statement; if it means more people learn musical instruments then I'm down with that... (you can hear Ed playing tracks and chatting to the BBC about this, here

Serpentine, sonic, starguided reveries guiding me through the darkness. I get on my giant hamsters wheel, put this on repeat and just GO.

I just started wearing denim after a 4 year hiatus. I have no idea why I stopped cos it feels good, tight and manly. This may be the reason.

Soulsavers - The Light The Dead See

Another dark night of the soul.
My dad sees dead people. He saw a nice monk go down the stairs once. He also makes knives and paints pictures of lobsters.

GS released the terrific The Very Last of the Saints, in 2012.

Gavin: The fanboy inside me squealed in delight at the fact this lot were finally issuing recorded versions of those amazing lost live tracks I had on a dusty old live recording from years ago. 'Mladic' full on blew my head off as well, so it didn't disappoint. It's great to have a band like Godspeed around too, just to remind you that great music will always be great music, regardless of anything else.

Tom: I guess I really liked how raw it was, and how it was made up from such a broad range of influences and managed to sound really human. A real breath of fresh air, and a total surprise too!

Tom: What I love about Deftones is that they don't care for any current trends or stylistic bullshit, they just make absolutely phenomenal music, and so consistently too! For 15 years or so, they've just been cracking out amazing records, non-stop. There's been none of this pussying out and making crappy acoustic stuff, or wimpy FM rock, it's just great metal - and they still get all the attention they deserve too. Great band, amazing record.

Voices From The Lake - s/t

Gavin: As far as techno albums go this year, the Voices From The Lake album was a real hghlight. It's a really beautiful, trippy ride through some wonderfully hazy, laid back techno, but never sounds cheesy or cliched - it's just got the right amount of darkness and light in there, and sounds so effortless. Amazing stuff.

Both of us: As big fans of Stott's output, and of Modern Love as a whole, it's great to see a Manchester represented so beautifully and this. His records have matured really nicely, and it's awesome to hear his progress from the early dub techno stuff, through to last year's reverb-laden industrial churns, to this more developed, vocal infused sound. Great artwork too, and we love how he makes these bold statements with little more than just a picture for an album sleeve.

This record has been a bit of a revelation to me, modern jazz that reminds me of what I love about electronic music, a real melting pot of ideas.

A lesson in organic electronic music, Nathan's best work to date. No one else can make music like Nathan does.

I'm not sure how Kieran has such a high hit rate of amazing music, it seems like he's constantly releasing new music that I consistently love. It must be magic.

A brilliant release from the ever-interesting Under The Spire label. There should be more music like this.

This tape cassette release has been in my girlfriend's car for most of the year, and has been soundtracking the majority of our journeys.

EIGHT AND A HALF

This album just fits so many moods for me. Kind of like if Boards of Canada were playing Bela Bartok's children's music for the very first time.

Hot Chip - In Our Heads

Love the energy on this record. Especially Flutes (what a sample) and Motion Sickness (what a beat). Great highway music.

When I heard Dan Snaith had made a record almost exclusively using a modular synth while on the road especially to DJ the songs he was recording to dance floors, I was sold before I could comprehend how long it would take to write this sentence.

I feel like this is the record Stars have been trying to make for the past 3 records, since Set Yourself On Fire - although they never would have made it here had they not made those other ones along the way. Those records are good. This one is great.

What is there to say? He's the master. And when you've seen him perform it live, you realize just how true that last statement is. Inspiring stuff for me.