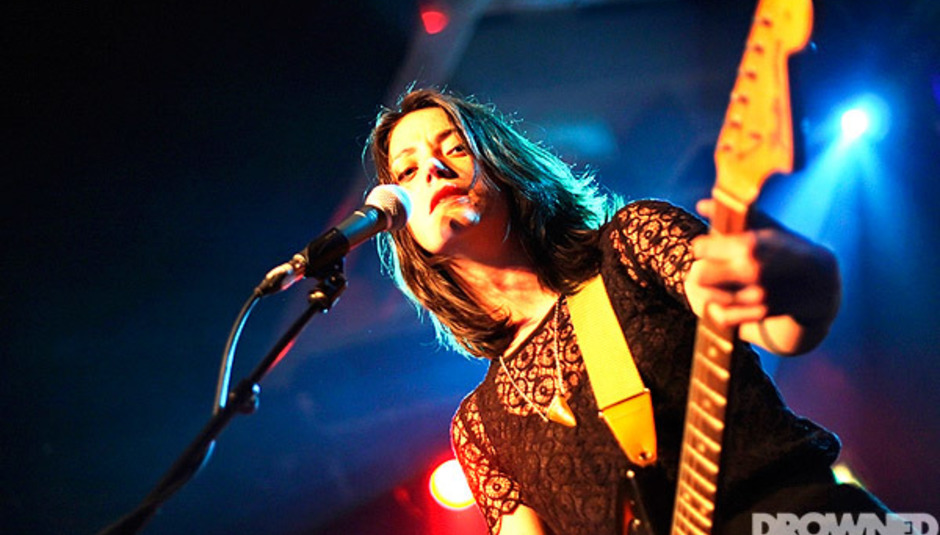 Before DiS puts up its staff end of year list, we like to poll the artists we love to find out what they have been listening to and adoring...

So, DiS went on an email rampage and asked for some top 5 album of the year lists and a few sentences about why the artist loves each one. We allowed them to also pick EPs and re-issues, if they wanted to - seemed only fair, given that most of these artists have been on tour non-stop (although some of them seem to have explored and discovered far more music than even some of the savviest bloggers!).

Here's the first few acts who kindly replied, but rest assured, there will be plenty more of these list from some of (y)our favourites next week on DiS... An addictive album. Jana Hunter's beats and guitar layers put a spell on me, and her lyrics are simple and poetic. Almost like advice. Kind of prog kind of trance. Another beautiful record.

My boyfriend and I were driving in my car to NJ. We turned on the radio. We heard awesome back to back rock n roll, mostly from the 60s. Then this band came on that we didn't know. We looked it up and it was the Allah las. Really authentic sounding music we mistook for the 60s.

This isn't the sort of thing I'd usually get into, but there's something really magical about this record. I'd describe the sound as sort of alternative psych country. It's knowingly tongue in cheek, but also lyrically quite dark. Josh Tillman has got some serious moves too.

For those days when you just want to curl up into a ball and cry. Keaton's voice is so full of pain and beauty. A collection of deeply personal songs that wrench tear ducts and pull heart strings, just one man and his guitar.

There is a beautiful sadness in this record, and this lady's voice is just stunning. Some of the melodies are just beautiful, and lyrically I have related to this album a lot. It puts me in a dream like state.

I love and admire everything this man does. This album is full of sweet riffs, prog rock and blues vibes, and brilliant, twisted lyrics. In my opinion it's 100% relevant musically, because it has real passion and talent behind it.

There's a lot of really cool bass sounds on this record. I love the combination of crunch and balls along side Satomi Matsuzaki’s child like vocals. This album is mental and unique, but also dare I say sort of poppy by their standards, which I am completely enjoying.

This record manages the neat (and near impossible) trick of being fun, intelligent, complex and infectiously hooky in equal measure. Also, it's of Scottish origin, therefore naturally superior to everything else.

Right Away, Great Captain! - The Church Of The Good Thief

I think this is the perfect setting for Andy Hull's (from Manchester Orchestra's) great, great voice. The songs are so tender at times that you often find yourself 'leaning in' to listen.

This album wears it's psych-production influences on its sleeve, but it's so perfectly executed. I can't find fault with this record, it's truly exhilarating.

Another unique voice on a beautifully produced, restrained album. One of those timeless records that don't come around very often.

So many friends went on and on about how good this record was before I listened to it. I was certain it couldn't be THAT good. Well... it is. This is the best album I've heard in a really long time. The lyrics on this record are some of the most visually heavy, far out, and unapologetically honest vocals out there. The way he uses the sound and cadence of his voice to paint the scenes he's channeling on top of that crazy production! That production is a dream and really makes this a flawless record. Can't say enough good things about it.

Sick Sick Sick. I actually just found out about this one. Been listening to it on vinyl non-stop. So cinematic. It would be easy to call it dark, but I can't just limit it to that one shade. It's so multidimensional and creates a huge world for you. This is a brilliant and synesthesia inducing record.

When I put this on I feel like I'm watching a film. It immediately creates a visual narrative that I don't want to stop watching. The best music transforms the world around you and this ep takes your imagination and puts it right in front of you. I live for that. He's definitely one of the best new producers I've heard this year. I'm waiting for the full length.

This record is heartbreaking. But it's the kind of heartbreak that has to do with openness if that makes sense. It's completely disarming even at the brighter moments. It's super raw. The vocal melodies are stunning. The lyrics and emotions and production are perfectly symbiotic. I've seen them play twice this year. Soooo good.

Hers is one of the best live shows I've seen this year and the record is equally impressive. This woman is an extraordinary sonic poet. The way she maps every sound in these songs is so natural and graceful, and it makes you want to listen forever. I sat in front of the speakers in my living room and didn't move for the first few times that I listened to it. I didn't want to miss a thing because it was like I was going to miss a part of the story. She's phenomenal. Created on of the darkest, spookiest, interestingly produced records of the year. Good song writer.

Fantastic use of space and mood.

More of our favourite artists favourite albums of the year lists coming next week...