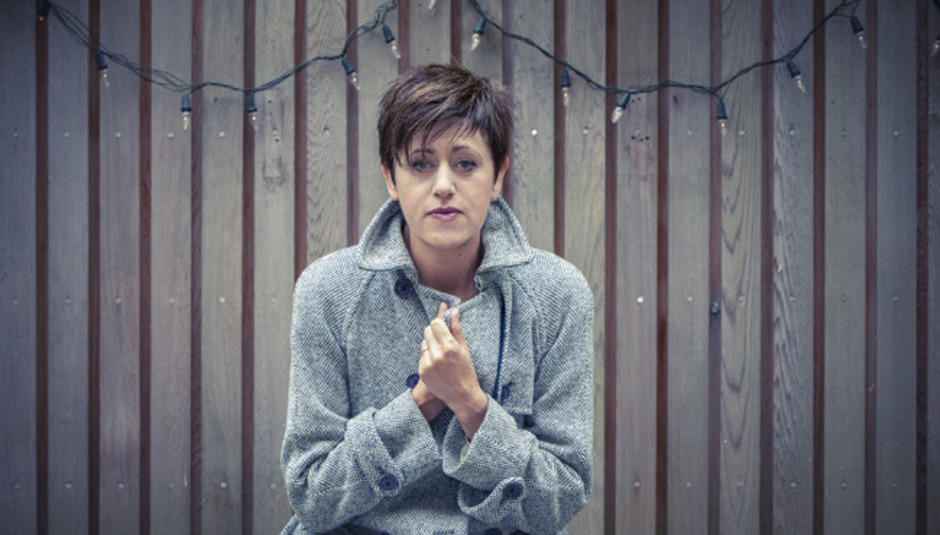 DiS is proud to premiere the video for Tracey Thorn's brand spanking new single 'Joy'. The video was filmed in Lille, Northern France and is taken from her Christmas solo album, Tinsel and Lights.

Tracey had this to say about the making of the album:

I’ve always wanted to make a Christmas record. Every year, when the Christmas albums start appearing in November, I get jealous and wish I had one coming out. Last year when that happened, AGAIN I made a resolution to get recording in January to be ready for the following Christmas. And so that’s just what I did.

I was ill in bed just before Christmas last year, and so it was a perfect opportunity to do a bit of song research. I got my laptop and searched for every Christmassy, wintry, snowy, seasonal song ever written and tried to work out which ones I thought I could do justice to. They’re not all strictly Christmas songs, but if they mentioned winter or snow or even just being cold, that was good enough for me.

'Joy' is released on 17th December 2012 on Strange Feeling. The album, Tinsel and Lights, is out now.